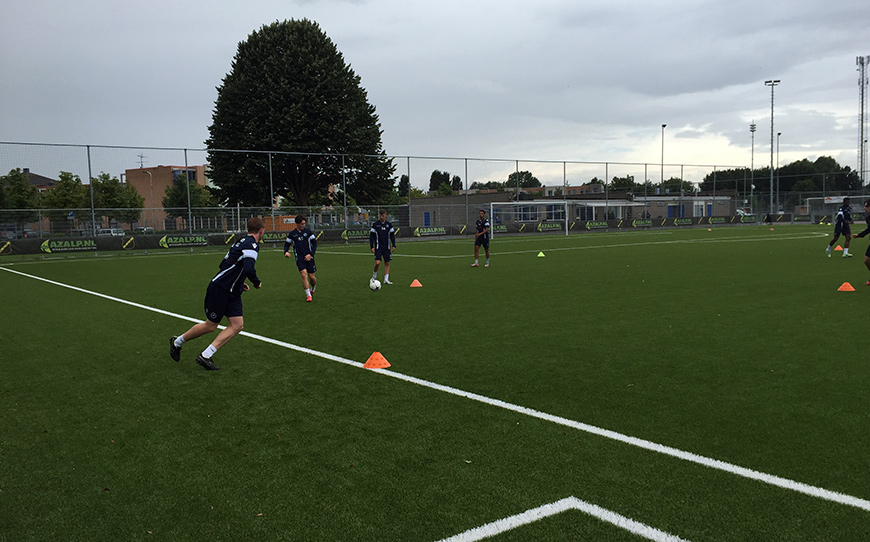 We had managed to agree a fixture with Carlisle United the night before to play them today as a non-scheduled friendly, which got the boys excited.

Despite the game being tagged as a friendly, we took it seriously and prepared properly that morning. A ‘light’ breakfast was key, well for some anyway!

It was a momentous occasion for us all, as this would be the first time any off us boys turned up to a game on bicycles!

Kick off was 11am, but, disappointingly, I could only watch and take it all in due to my injury.

It was a fairly strong performance from the lads in a fixture that concluded after an hour. However, ever the analyst (especially from the touchline) I felt we could have done a bit more to win the game.

Despite that, it was a solid start to the trip as the game finished 1-1 and a thanks to Carlisle for a competitive game.

The lads were fairly subdued for the rest of the day. We only like to win!

After lunch we had agreed to take full advantage of the hotel’s quality facilities by having a gym session and then a recovery session in the pool straight after with the head physio and strength and conditioning coach.

Some of the boys even went to the sauna and hot tub to chill. That was the end of our training and now we could focus on tucking into some food!

We then finished the day off with a quiz between us! Taking it seriously, the losers cleaned the kit! Luckily I didn’t lose and came at an acceptable 3rd position out of 9.

Another day began at 8:30am. Slowly getting used to these early starts!

We were all looking forward to today as we were getting coached by NAC Breda coaches. This would be a good chance for the players and coaches to learn some new styles and ideas.

Carlisle were also taking part in a session with Breda’s coaches. We arrived for training and were stunned by how good the facilities were for the standard of team that play there.

It became even more apparent to us how crazy the Dutch are about their football! Watching the session and taking notes, it also became very apparent that they were very specific about their technical side to the football game.

It was great to watch how important they feel this is and how they implement it in their training.

Once the boys were finished they all said they loved it and the training was to a very high standard. All in all a good morning!

We then returned to the hotel for lunch. As we looked forward to another training session, we used our free time to relax and catch up with some off our ‘WAGs’!

The boys then set off on their bicycles for training. Meanwhile, our physio and I went for a gym session and another pool recovery session. I enjoyed it a lot!

The boys got back, looking upset – I could tell they were put through their paces! Unsurprisingly, they did running. For that reason they didn’t hold back at dinner!

Another exciting day has passed. Looking forward to what tomorrow brings.