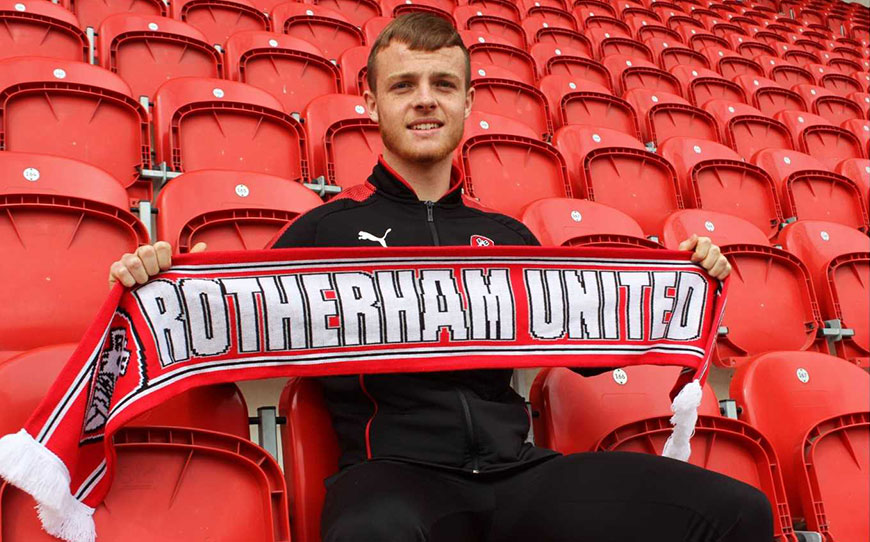 The 18-year-old has produced several impressive displays in the youth teams during his apprenticeship and was handed his first-team debut as a late substitute in the Checktrade Trophy against Bradford City in November.

McGinley, who was named in LFE’s ‘The 11’ in December for his exceptional performance on and off the pitch, gained further senior experience on loan at National League South outfit Frickley Athletic, while he has also received international recognition having represented Northern Ireland at Under-19 level.

“I’m very happy,” he told the club website. “The club has allowed me to get loads of different experiences, playing in the reserves, the Under-18s and then more recently going out on loan playing men’s football.

“They’ve allowed me to develop the way that I have and I’m delighted to sign a contract. It’s been good experience being in and around the first-team and the Checkatrade game was great to be involved in.

“Being out on loan playing men’s football has been another step-up. It’s very different. In terms of the crowd, they’re very passionate about each game so it’s a different environment but it’s good because playing in front of a crowd is what I’m aspiring to get to.

“It’s been a case of when the first-team staff have been at games, I’ve had to try and impress them. Playing with and against pros in the reserves has been really good for me too.

“It all starts now. Hopefully I can push on from here and try and make a name for myself and get into the team.”