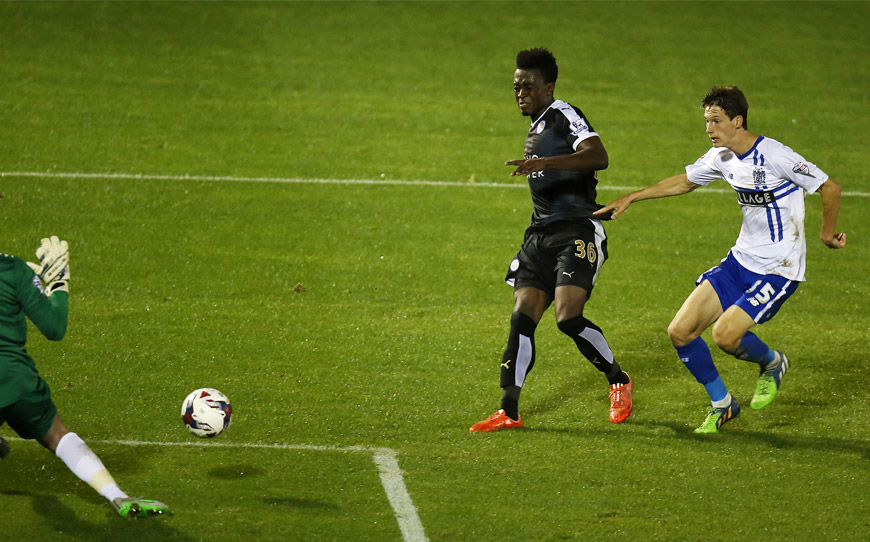 Roberto Martinez, the Everton manager has set out a two-year plan to get teenage defender Matty Foulds into the Everton first-team after tying up a deal to sign the player from Bury.

Foulds had looked poised to sign for Derby – who offered more upfront than the Merseyside club – and was shown around the Rams Moor Farm training complex before instead electing to join Everton.

The defender who signed his first professional deal at Gigg Lane in February, made his Bury debut as a second-half substitute in their 4-1 Capital One Cup defeat to Leicester City in August.

His next appearance came as the Shakers beat Accrington Stanley in the Football League Trophy the following month.

And despite making just two senior appearances, Martinez who has already recruited the likes of Brendan Galloway and Mason Holgate from League One believes that Foulds has the potential to push for a first-team spot by 2018.

“Matty is a really exciting prospect because he is a left-footed centre-half with a real margin of development,” Martinez told the Liverpool Echo.

“His technical ability will allow him to be a footballing centre-half and he’s had a really interesting 12 months in the first-team at Bury, without playing many games in the competitive league.

“But we feel he has all the attributes to become a quite interesting player to fit in that elite group that we have in the under-21s.

“He is only 17 and is younger than any of the players we have brought into that system but we feel that with a good two-year programme he could become someone really interesting,” he added.