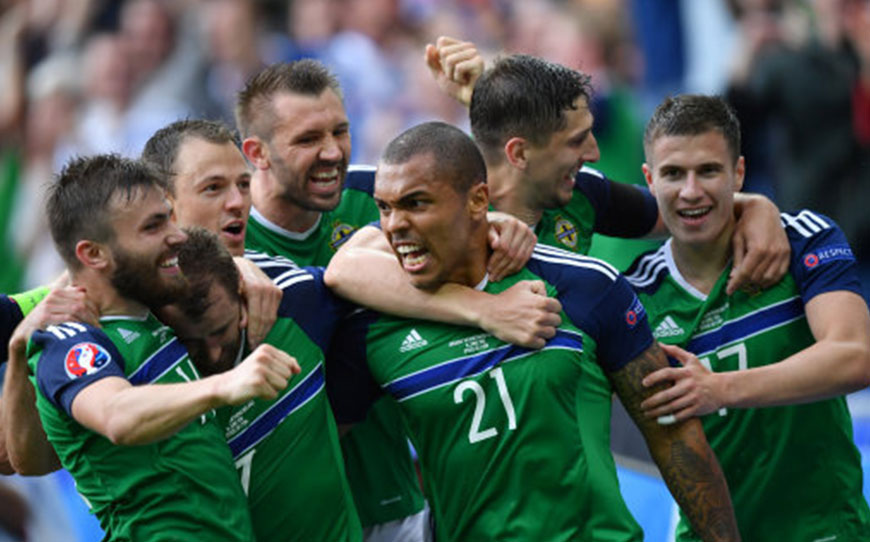 Striker Josh Magennis has described his move from Kilmarnock to Charlton as a “no brainer” that was simply too good to turn down.

The Northern Ireland international made his debut for the League One club on Saturday, playing 81 minutes of their 1-1 draw with Northampton, after signing a two-year deal on Thursday.

Now 25, Magennis started his career as an apprentice at Cardiff City, though back then he was a goalkeeper.

“It was a chance I couldn’t really turn down, with the status of the club,” he told the BBC.

“It was a no-brainer really. There was a lot of going back and forward but finally they managed to get it done.”

Kilmarnock had rejected three earlier bids from Charlton for Magennis but finally came to an agreement on an offer thought to be in the region of £250,000.

Magennis, who attracted “various interest” from clubs after playing in three of his country’s four matches at Euro 2016, feels the tournament has helped his development as a player.

“It raises your profile and if you can do something that grabs somebody’s attention it always bodes well for you,” he said.

“I learnt a lot when I was away. Six weeks with 22 players is a long time and the majority of those players are in the Premier League and Championship so the standard of their training is very high.

“I was able to learn from different types of strikers like [Kyle] Lafferty and Will Grigg and what midfielders expect of you, like [Steven] Davis and Oliver Norwood.”

“The English game is pretty intense and a lot more physical but that benefits my game,” he added.

“I’m a physical player, but hopefully I will get up to speed and adapt.

“It’s just about getting my head down and working hard and hopefully the goals will come.”