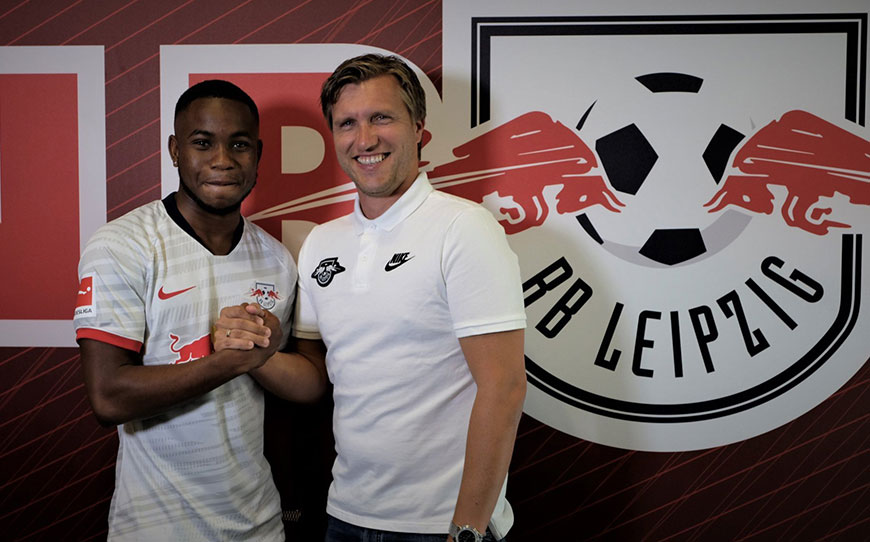 Former Charlton Athletic apprentice Ademola Lookman has secured the second big money move of his career after joining RB Leipzig from Everton for a fee believed to be in excess of £20million.

The 21-year-old, who was named in LFE’s ‘The 11’ back in February 2015, registered five goals and four assists in 11 matches during a loan spell with Leipzig in the second half of the 2017-18 season, and has now agreed a permanent five-year deal.

Lookman joined Everton in January 2017 for an initial £7.5m with add-ons included, but failed to become a regular starter with the Toffees despite scoring on his Premier League debut in a 4-0 victory over Manchester City.

The 2016 LFE Championship Apprentice of the Year amassed 48 appearances under four different managers at Goodison Park, while he has enjoyed success on the international scene having been part of the England side that won the FIFA Under-20 World Cup in 2017.

“I’m very happy to be back here and would like to pick up where I left off in the first half of 2018,” Lookman told Leipzig’s website. “I’m naturally looking forward to seeing my new teammates again and want to help the team celebrate even more success. I can finally play in the Red Bull Arena again, in front of an excellent crowd and set of fans. I’d also like to thank God, the fans and RB Leipzig that my transfer was made possible.”

“I didn’t have to think too long about returning here. I enjoyed my previous spell a lot and followed RB Leipzig’s results last season. Julian Nagelsmann is a very young coach, which is why he also knows a lot about young players. I’m sure that I can learn a lot from him, especially from his way of playing football.”

Sporting director Markus Krösche added: “We’re very pleased that we’ve finally signed Ademola Lookman. It was a long process all in all, especially as we wanted to sign him last summer. Nevertheless, we remained determined and that paid off for us. Ademola convinced us immensely during his time on loan here and will now quickly re-integrate and further enhance our attacking play with his dynamic ability.”