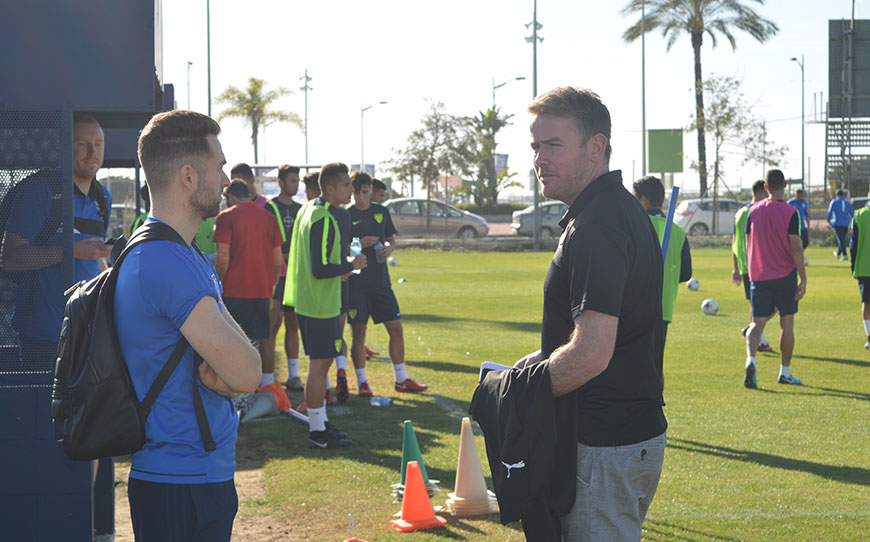 After spending the opening few days visiting Sevilla, Real Betis and the Andalusian FA, we headed to Granada CF, who operate in the second tier and currently have ex-Grimsby Town player Charlie Ianson in their squad.

We met Luis Fradua and Oscar Felipe, who have been newly installed as academy manager and head of methodology and responsible for nurturing the next generation of youth products. We worked through their whole coaching program and spoke with their sports scientist – I was in awe of how structured and detailed they are in their preparation.

Following this was the opportunity to watch the A and B team train, where we were able to pick up on some activities with a major emphasis on tactical work and the value of one-v-one situations.

In the afternoon, we explored Granada and had the opportunity to visit Alhambra Palace, which is one of the seven man-made wonders of the world and a regular setting for Game of Thrones. It was a great chance to take in the views overlooking the city and relax a little after a busy few days.

Malaga was the setting for the final day of the trip, which was an intriguing prospect considering their demise with money struggles in recent years. The club no longer has its own training facilities and instead borrows them from the Spanish FA.

Upon arrival, Coach Manel Ruano delivered a presentation discussing his methodology, which was very impressive as he spoke with such elegance and detail. He is working with the B team in the fourth division, meaning his situation is in complete contrast to the others we had visited on the trip, providing us with a very different perspective.

Watching him lead a training session, it was evident he is an excellent coach and it was a great privilege to be able to gain a ‘front row seat’ and he even stepped out of the session at one point, allowing his assistants to take over, so that he could talk to us and hear our thoughts.

After this, we sat as a group as he debriefed and self-reflected before asking us if we had any questions, which sparked more interesting discussion. It was a great end to a fantastic visit and I look forward to sharing my experiences with colleagues and extended members of the footballing family.