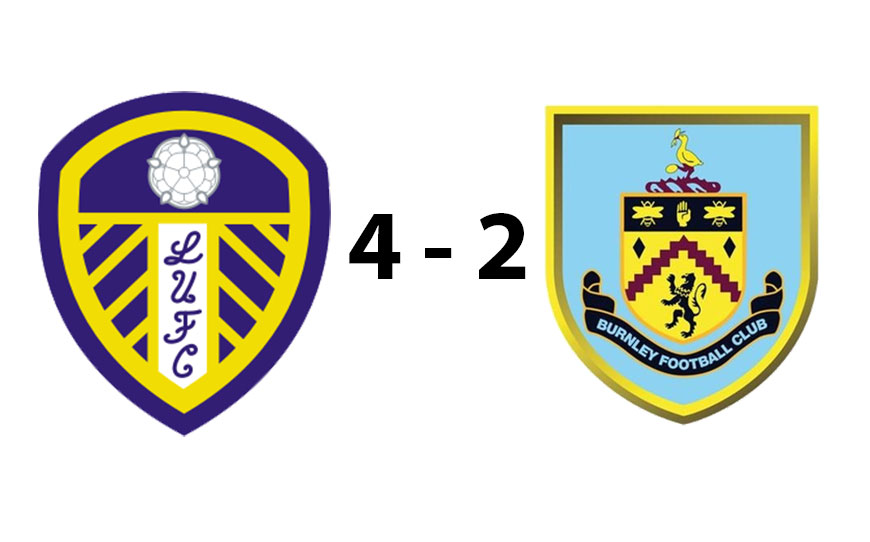 By Jack Booth: Leeds United Under-18s climbed to the top of the Professional Development League North table after a 4-2 victory over third-placed Burnley Under-18s.

A hat trick from Ryan Edmondson and Kun Temenuzhkov’s header claimed the three points for Mark Jackson’s side, with Jordan Barnett and substitute Mitchell George providing mere consolation for the Clarets, who are now without a win in three matches.

Fresh from two successive wins, the hosts broke the deadlock inside seven minutes when Theo Hudson’s corner was met by Edmondson, with the striker rising highest and emphatically heading home.

However, Burnley responded just moments later to get back on terms after a cross from the left flank was nodded into the net at the far post by Barnett.

Both sides continued to display attacking intent, but it took until two minutes before half-time for Leeds to restore their advantage as Temenuzhkov beat the offside trap and raced towards goal before unselfishly squaring the ball for Edmondson to tap home for his second of the game.

After the restart, the Whites asserted their dominance by creating a two-goal margin through Temenuzhkov as the Bulgarian converted Alex Wollerton’s corner on 52 minutes.

And the game was put beyond doubt four minutes later when Edmondson completed his hat-trick, latching onto the end of a ball into the Burnley area before poking past the keeper.

The visitors rarely threatened in the second half, although they did reduce the deficit with 15 minutes to spare as Sam Layton’s cross was diverted into the net by George just minutes after his introduction off the bench.

“Also with regards to their development, they would have gotten a lot of experience from the game today – being on top, being under pressure and things like that. As a learning tool it’s been good.”

Jackson also heaped praise on Edmondson after the striker’s treble in front of goal. He said: “I’m pleased for Ryan. He scored his first goals for the club two weeks ago and it had been a bit of a burden off his shoulders after scoring two against Birmingham.

“His work rate is fantastic and you can see what it means to him when he scores a goal, we’re obviously delighted for him, although he has cost me another match ball!”