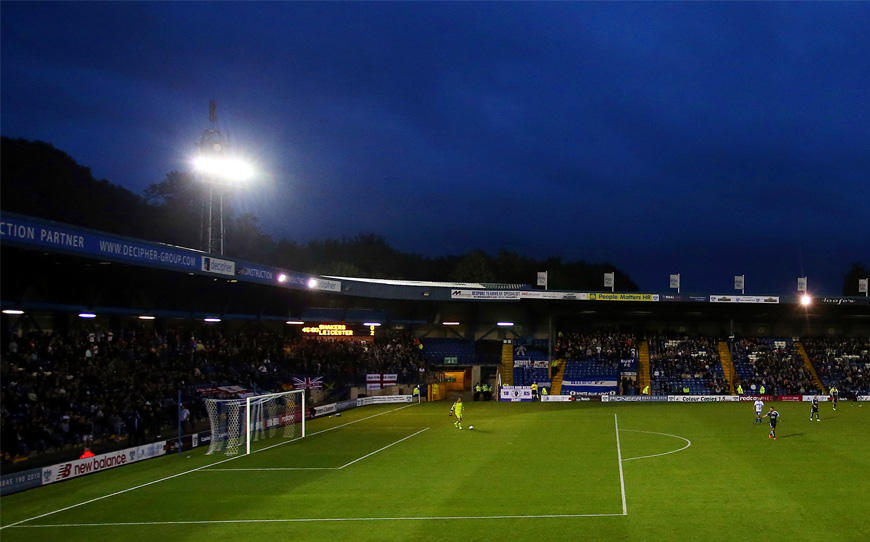 Rovers currently sit at the summit of the North West Youth Alliance table having won seven of their opening eight fixtures, representing a tough test for the Shakers youngsters.

“Tranmere have started very well,” Kidd told LFE, “You know what you get when you play Tranmere. They’re a good team with hungry players. They’ll get it down and play. They’re very hard to break down and we had some really tough games against them last year so I expect a really tough encounter.”

“I know if our lads perform to the maximum we’ll give anybody a game so I’m expecting a really good game.”

Bury will play away from their familiar pitch of the Carrington Training Centre, providing the players with the opportunity to impress senior coaches at the 12,000 capacity stadium.

“The gaffer and the chairman want to see the players at Gigg Lane. We want to give them experience on the big stage. So that brings an added bonus,” Kidd said.

“I don’t know what it is about night games but it seems to be able to make players run a little bit faster and run a little bit further under the lights and the ball seems to travel a bit quicker. It reminds me of Youth Cup nights, so it brings out a little extra buzz.”