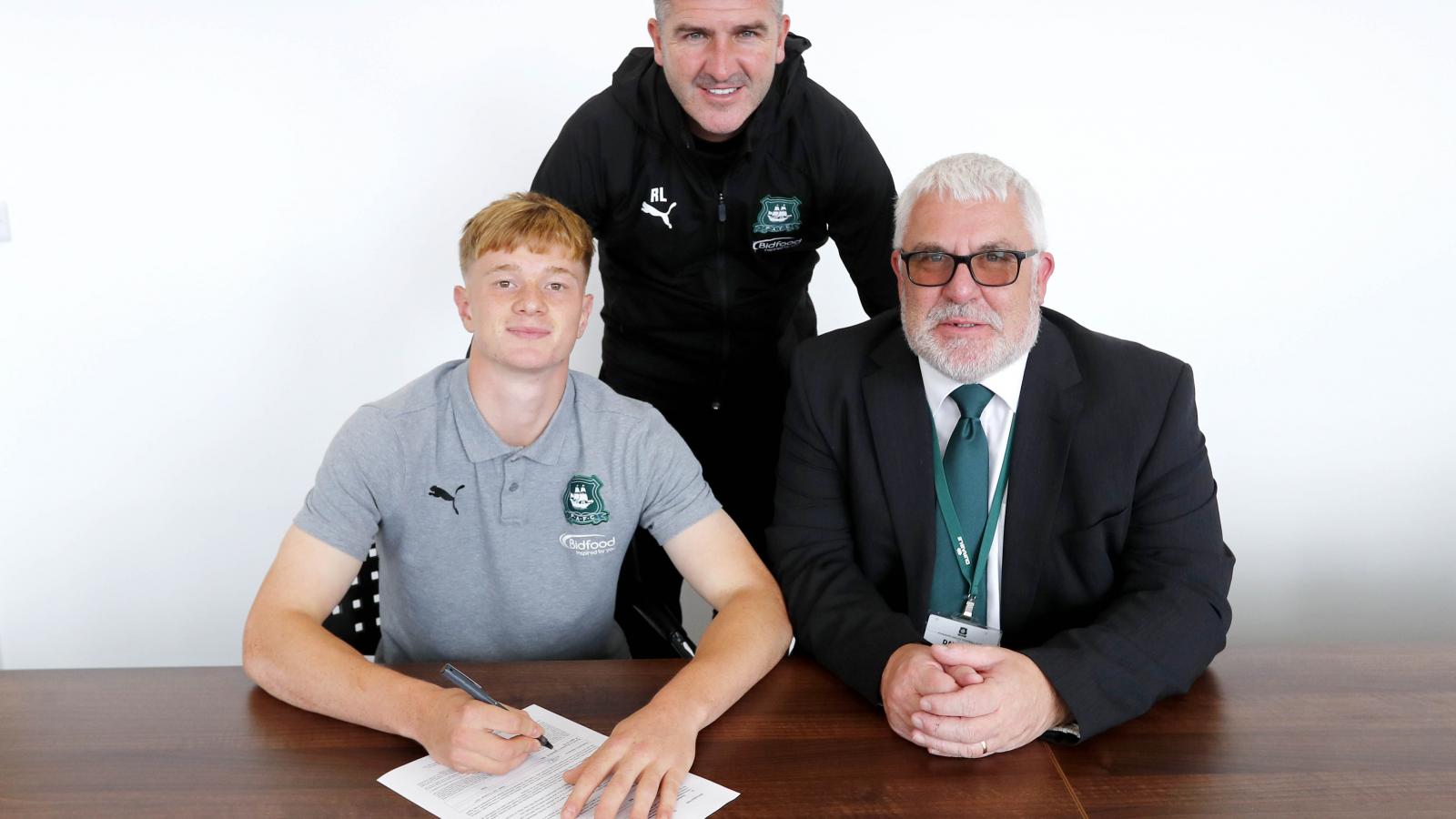 Three days after scooping LFE’s September Goal of the Month Award, Will Jenkins-Davies put pen to paper on his first professional deal at Plymouth Argyle.

The 17-year-old’s excellent free-kick was deemed the best goal throughout all Academy league’s in the month of September, but it was the news of his first-professional contract that put the cherry on top of a wonderful week.

A regular performer for Darren Way’s under-18 side, Will has caught the eye of first team boss Ryan Lowe in recent months.

His performances in the heart of the midfield has led to a handful of Papa John’s Trophy appearances, and also being named in two Sky Bet League One matchday squads away to Lincoln City and Oxford United.

Speaking to the club website, he expressed his delight at fulfilling a childhood dream: “I can’t quite believe it to be honest. It’s a dream to say that I am a pro for this amazing football club.

“I am happy to have made an impression on him (Ryan Lowe) and he has been telling me to stay focussed and to keep working hard.

“The lads have been really good with me too, and it’s been great being on the bench a couple of times to experience what a matchday really feels like and how much goes into every detail of the game.

“I hope to integrate into the squad more and just get more experience and hopefully make my league debut too.”

Described as a set-piece specialist and a technically-gifted midfield player, Will has also excelled on the international stage, having represented Wales at Under-16 and Under-18 level.

He added: “I have worked hard and just want to keep on working and keep continuing to show that I am worthy to be here. This club is all I have known, coming up through the ranks in the Academy. The most difficult thing is staying in the squad, you can get in there but if you don’t perform, the next minute you could be out.

“I just want to stay in the squad and continue being an Argyle player.”