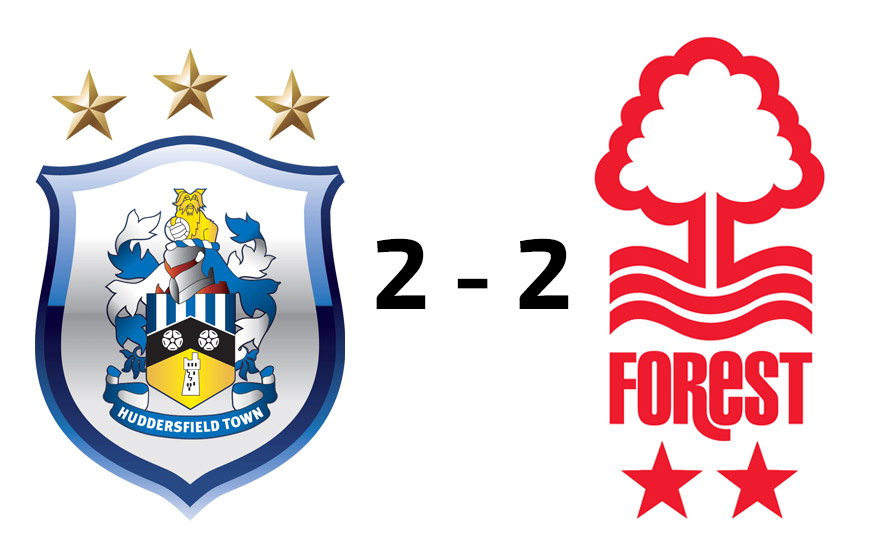 By Seb Gigner: Will Swan’s scintillating strike moved Nottingham Forest up to second in the PDL North as they fought out a 2-2 draw at Huddersfield.

Yassine En-Neyah’s early opener was cancelled out by goals from Huddersfield’s Dom Tear and George Danaher, before Swan’s late long-range effort sealed a point for the visitors.

A pulsating clash raced into action only moments into the fixture, with Forest storming ahead through En-Neyah, who bundled home at the second attempt after initially being stopped by a sprawling Ryan Schofield save.

Relentless attacking pressure saw the away side almost double their lead in the 11th minute, with front man Virgil Gomis driving towards the Huddersfield box before lashing a fierce strike narrowly wide of the right post.

In the dying stages of the first half, The Terriers levelled matters when a searching cross from Matty Daly was headed home by Tear.

After starting the second half strongly, Huddersfield deservedly grabbed a 59th minute lead. A low free-kick from Isaac Marriott was thumped into the bottom corner by substitute Danaher in a turnaround of fortunes. Colville then spurned a fine chance to seal victory for Huddersfield, somehow shooting wide from close range.

The Terriers were forced to rue that miss, as substitute, Swan, unleashed a rocketing strike from 25 yards that flew past Schofield to secure a point for Forest.

The Huddersfield coach, Leigh Bromby, said: “We performed quite well to get a draw against Nottingham Forest who are a good team, I think the lads have done themselves justice.

“Going forward we looked good and we created chances. That side of the game seems to flow. Now it’s just working on the defensive duties, which is difficult because we’ve had different players and trialists coming in so it’s been a bit unsettled. Overall, I’m pleased with some of the stuff going forwards but a lot to work on defensively.”

Despite climbing a league position, Forest lost further ground on leaders Sheffield United. The Blades now hold an eight point lead over Jake Wigley’s side and also have the advantage of holding two games in hand.

“I’m a little bit frustrated about the way we conceded the goals but in possession I thought with the work rate and some of the chances we created, we deserved more than two goals,” Wigley said.