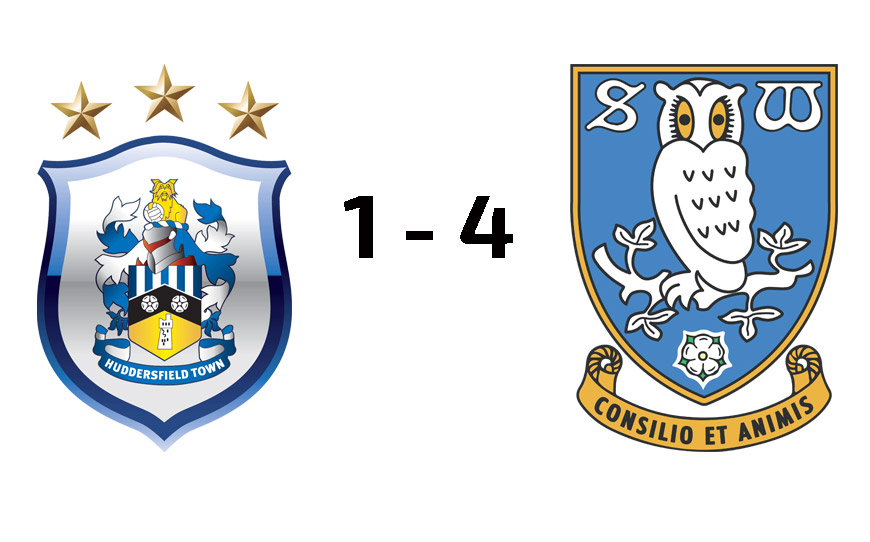 By Seb Gigner: A brace from Jordan Lonchar helped Sheffield Wednesday cruise to a 4-1 victory in their clash with Yorkshire rivals Huddersfield Town at Canalside on Saturday.

An early first-half header from Ben Hughes opened the scoring for The Owls, with second-half strikes from Lonchar and Joe West sealing a fifth straight win for Wednesday in the Professional Development League.

Wednesday hit the front in the 6th minute, when Ben Hughes arrived at the far post to head Joe West’s cross past Ryan Schofield.

Ciaran Brennan saw his shot cleared off the line as the visitors looked to press home their advantage. Huddersfield were unfortunate not to level matters in the 23rd minute then George Danaher raced through on goal but saw his drive cannon off the post and away to safety.

Moments after the half-time interval, Wednesday bagged a second. West’s corner was met firmly by the head of Joe Cook at the edge of the box and Lonchar turned the loose ball home.

The Terriers replied almost immediately though through Cedwyn Scott. Ben Jackson drove towards the Wednesday back-line and when Joe Walker was unable to hold on to his shot, Scott did the rest.

The visitors were not to be denied though and extended their lead in the 73rd minute when West’s rasping free-kick found the bottom left corner.

Wednesday put the gloss on their victory with a fourth from the penalty spot moments after the restart. Owls winger Fraser Preston darted into the box and when he was fouled by Huddersfield’s Callum Elliot, Lonchar converted from 12-yards out.

Wednesday coach Paul Murray an improvement in “tempo” after the interval had helped his team to victory:

“The first half was a little bit disappointing,” he said. “We got under a little bit of pressure. I wasn’t pleased by our final ball when we went to go and get another goal to kill the game off.

His opposite number, Huddersfield coach, Tony Carss conceded that it had been a “difficult” fixture for his team, which was shorn of a number of their regular starters:

“It was difficult, we knew it was going to be difficult, we had an exceptionally young side out, but it was a great experience for them. It’s a big step up but they’ve had a taste of it,” Carss said.

“Cedwyn Scott’s scoring a lot of goals at the minute which was another big positive to come out of the game.

?? “We’ve been on a really good run, but there were six players unavailable today who played last week at Birmingham. We’ll have a larger group next week and we’ll work hard in preparation for Charlton,”?? he added.