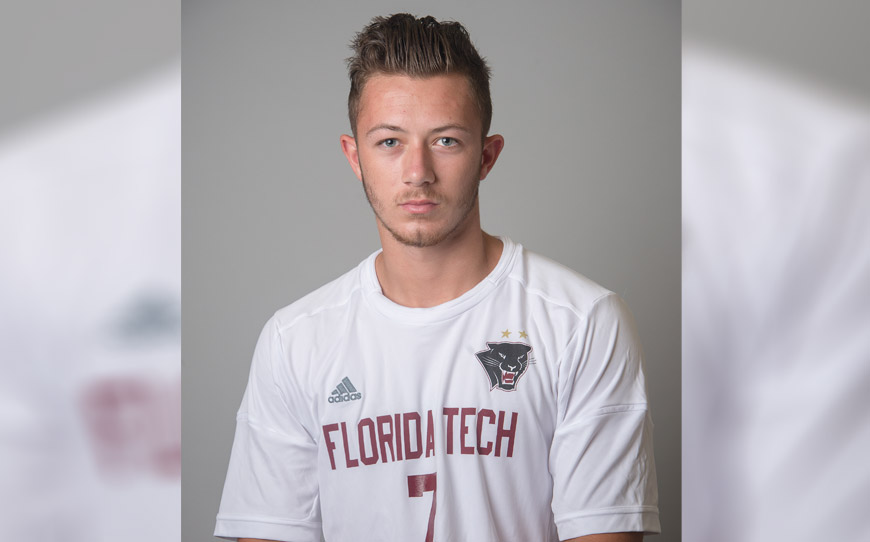 Josh Thomas swapped Nottingham for Florida in 2013 and is now combining academic study with his football on a soccer scholarship at Florida Institute of Technology (FIT). While the lure of Disney draws many to Florida each year, former Nottingham Forest apprentice, Josh Thomas’ presence is rather more permanent and he’s applied his own sparkle in a fairytale few months.

The 19-year old swapped Nottingham for the Sunshine State and now studies and plays for Florida Institute of Technology (FIT). The tricky winger spent ten years climbing through the age groups at Forest but in the summer of 2013, then manager Billy Davies decided there was not enough room to accommodate Thomas as a professional.

“I was devastated and left searching for an opportunity to show my ability,” Thomas told Touchline. “I trialed at Aston Villa, Derby County and West Brom but I ended up at Worksop Town.”

A spell under boss Mark Shaw provided the youngster with experience of a non-league play-off final and a Young Player of the Year award. “Mark knew how to get the best out of me and I found new confidence in myself to push on.”

And that he did. With help from LFE, Thomas received a full scholarship – though the infamous SAT entry test almost proved an insurmountable barrier. “I found it unbelievably hard but with the help of a private maths tutor I hit the required mark on my second attempt. Then it was just a case of arranging my visa, signing the contract and asking my Dad, nicely, to book a flight to Orlando.”

His life in the States started in August and he settled quickly. “I was paired in residence with a 6ft 3in defender from Gainesville called Zak. Next door are two Norwegians and one German, who have all also played for professional clubs,” continued Thomas. “Training is very similar to Forest, an early start every morning for two hours but in the heat of the sunshine which can be hard and humid at times. We then eat breakfast together as a team before heading off to class. I’m studying for a sports management degree. After class we train for another two hours.”

“I couldn’t believe how amazing the facilities are, everything you can imagine, the coaches have helped me to settle into my new life (they love the English) and the food is just like an all-inclusive hotel. There is so much choice and as much as you want!”

The big challenge for Thomas was to cement a place in the starting eleven and show coaches Robin Chan, Ryan Moon and Nick Robinson what he could bring to the side. “I was given the number 7 shirt and asked to play wide right in 4-2-3-1 formation which was new to me but I’ve loved every second of it so far.”

FIT won all four of their preseason games with Thomas contributing no less than five goals and five assists, a sign of what lay ahead for him and the Panthers.

“The season flew by, we finished second in our conference and qualified for the NCAA Cup,” Thomas said. “I scored in both the quarter and semi-finals to help us through to the final against the hosts, Lynn University who are ranked 4th in the USA.”

“In front of a partisan crowd, I hit one in to the stanchion from 20 yards and as a team we battled to half-time at 2-2. They were awarded a penalty after the interval and while we lost our chance to progress to the Nationals, there was no disgrace in losing 3-2. “My freshman experience has been indescribable and I’m weighing-up four offers to play in the Premier Development League next summer which I can’t wait for.”

Thomas’ performances have earned him a string of accolades. He was named in the NCAA 2nd XI of the Year, in the NCAA Cup XI of the Year and most notably FIT Student Athlete of the Year. “I do miss things in the UK – family, friends, Mum’s Sunday roast dinner and Jeff Stelling but if you’d asked me a year ago about my future, I was unsure. I can safely say I now have a direction and am living the dream,” he added.

“This lifestyle has opened my eyes to a bigger world than I realised was out there and I want to thank my family, Sean England, Simon Williams, John Barton and Nick Marshall for helping to make that happen.”