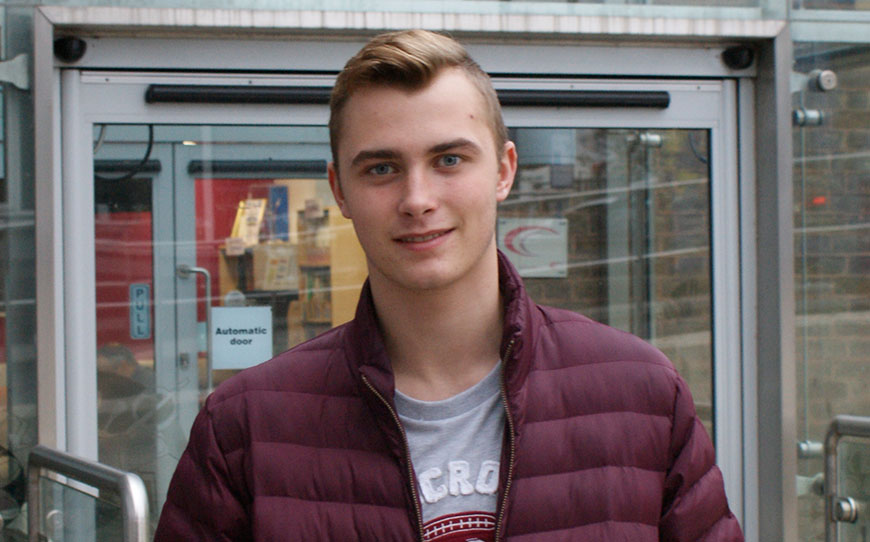 To a certain extent it is true that football is a numbers game, whether that’s points, attendances or finance. The notion also applies to professional footballers and contracts particularly at 18 years of age, when there are more apprentices completing apprenticeships than professional contracts on offer.

Yet despite leaving Crewe Alexandra in the summer, things are adding-up for goalkeeper Jake Hilton who is now following his passion for numbers at Loughborough University.

Hilton arrived in the East Midlands a month after departing the Sky Bet League Two club to start pre-season training at a University famous for its academic and sporting prowess.

A top ten University in every national league table, Loughborough also enjoys an unbroken 37-year record of being the British Universities and Colleges Sport Champions. It has also had success helping former apprentices back into professional football.

The most recent, George Williams, went full circle, returning to MK Dons – the club that released him as an apprentice – via Barnsley but with a degree in Sports Science and Management to boot.

Like Williams, Hilton is keen to make the most of student life having started a Foundation Year with the objective of earning a degree in Mathematics further down the line.

“I always enjoyed Maths, so I thought that would fit with coming to University and continuing my education,” he said.

“The foundation year allows me to progress that. I’ve always enjoyed doing it and always been good at it so I thought that is where I want to go. Even when I signed my apprenticeship, I’d always thought about University so I kept up my effort educationally and got good results on the BTEC which allowed me to get a place here.

“As part of the foundation year I have to complete multiple subjects. I’ve got Biology, Chemistry, Sports Science and Maths to get me through onto the next phase of the course and the ultimate aim of getting a degree in Maths at the end.”

Hilton admitted that he is already enjoying his new freedom away from home. “Nights out and socialising” was high on the agenda earlier in the term but he has also balanced that against academic requirements, stressing that the school of hard knocks, that is professional football, has stood him in good stead.

“I’ve had that practice of being in a working environment for the last two years which has allowed me to come here and enjoy myself,” he said.

“Yes it’s going to be hard work but you’re going to come out of it with a degree which takes you on in life doing what you love and have a passion for.

“You work on being independent, your organisation, making sure you turn up to lectures on time at the right place, making sure your work is organised, completed and handed in on time and life management. You couldn’t turn up to a job late and expect not to be in trouble. You have to be on time and work to the best of your ability.

“That’s what the last two years have prepared me for at Crewe. We had coaches that were tough on us, trying to make us the best we could be and that’s what’s helped me progress to University.”

Watch our ‘Uni Life’ video below to hear from former apprentices, including Hilton, as they share their experiences of higher education: