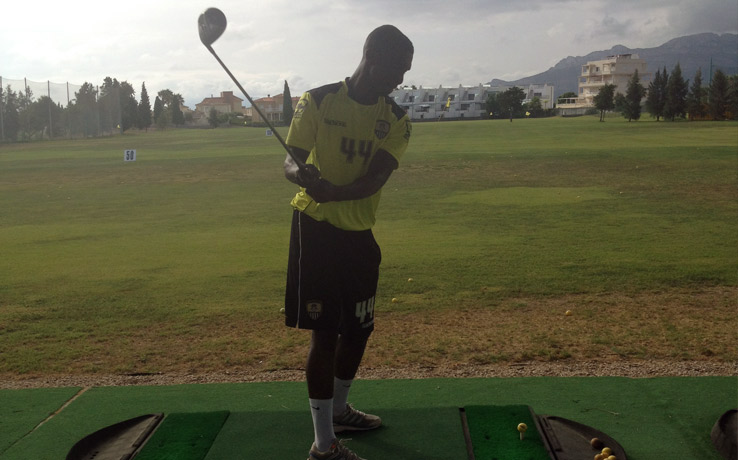 On Wednesday we headed over to Levante to train and work with their coaches. On arrival we were greeted by their staff and told what to expect during the day. The essence of which was that we’d be working very intensely for short periods in small areas.

They demanded that all our work was conducted at a very quick tempo so it was very different to what we’ve been accustomed to. The training was enjoyable but physically demanding in such a hot climate –nevertheless the group took all their instructions on board and it went well.

Prior to the afternoon training session which focussed more on tactical awareness and our shape – we were invited to a presentation which outlined the history of the club, its football philosophy and was extended into a tour of their facilities, which the lads enjoyed.

Thursday morning was was spent gearing up for our first game – ironically against Levante – so it was a case of going through phase play, shape and set-pieces.

After lunch we then travelled over to Valencia to do a bike ride which was good for team bonding and for getting any stiffness out of our legs after training. So we rode to the beaches of Valencia and the largest fresh water lake in the world which was a good experience for all concerned.

We woke up on Friday morning knowing that the Levante game is now just 24 hours away. As all our preparation work has been carried out our coaches and the LFE staff here took us over to play pitch & putt and use the driving range at a nearby Golf facility.

I and a fair few others had not played golf before so there was a fair amount of joking and laughing at the questionable technique on show – that wouldn’t put Rory McIlroy under any pressure!

We split into two groups and while a few of us missed, sliced and hooked balls at the range the remaining members of our group tore up (literally) the fairways!