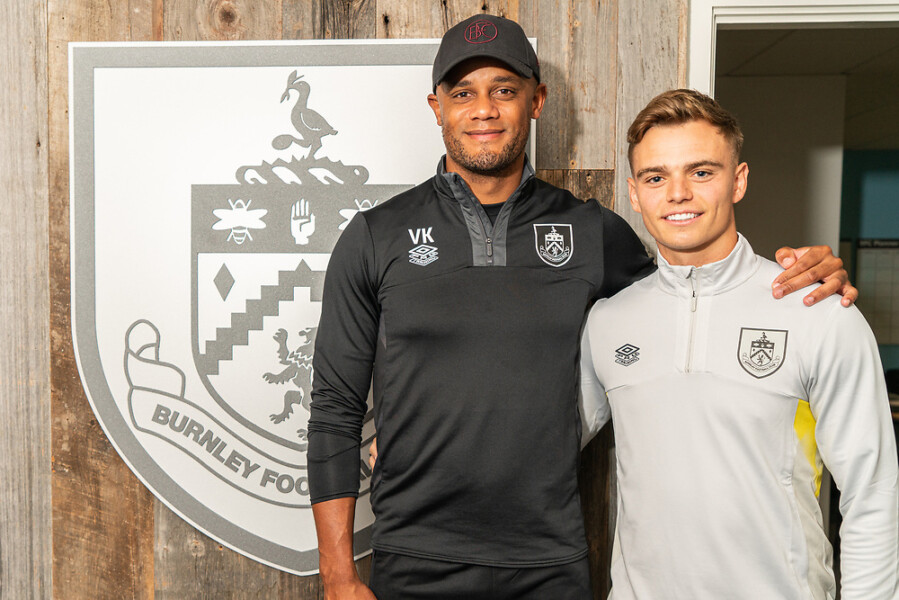 Forward Twine has penned a four-year contract, having caught the attention of multiple Premier League and Championship clubs after contributing to 33 of MK Dons’ goals during the 2021/22 season, which subsequently saw him pick up the EFL League One Player of the Season award.

Speaking about his move to Turf Moor, Twine told the club’s media team: “I am buzzing. I have definitely made the right decision joining Burnley.

“I spoke in depth with the manager and his plans are exciting, it was a no brainer for me to sign. I can’t wait to get started and it feels like the right place for me.”

The former Swindon Town man was included in both the 2021/22 EFL League One Team of the Season and PFA Team of the Year after his prolific season for The Dons.

Manager Vincent Kompany added: “We are delighted to have brought Scott to the Club. He’s an exciting young player that will help us in the short-term process and in the long-term project at Burnley Football Club.

“He’s a player we have looked at for a little while now, we know he can score goals and affect games. We’re glad to welcome him to the squad.”