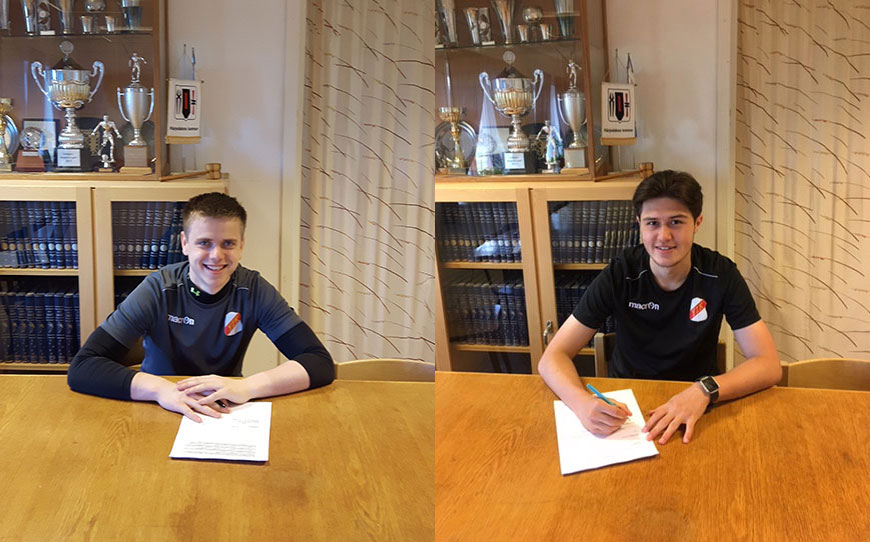 During their initial three-month placement, the duo have contributed to an impressive start to the campaign for the fourth tier team, who currently top the ‘Norrland’ table following four wins and two draws from their opening six matches.

They will now spend the rest of the year helping the side in their bid for promotion alongside fellow ex-apprentices Sam Alderson (formerly of Leyton Orient), Moses Duckrell (formerly of Barnet), Alex Naylor (formerly of Morecambe) and Alex McMillan (formerly of Grimsby Town), who all came through the Erasmus+ scheme in previous years.

Manager Adrian Costello said: “Harry has done very well, he has developed as a player and a person, and is a joy on the training ground. Liam has impressed myself, the coaches and everyone associated with the club in the way that he plays and trains.”