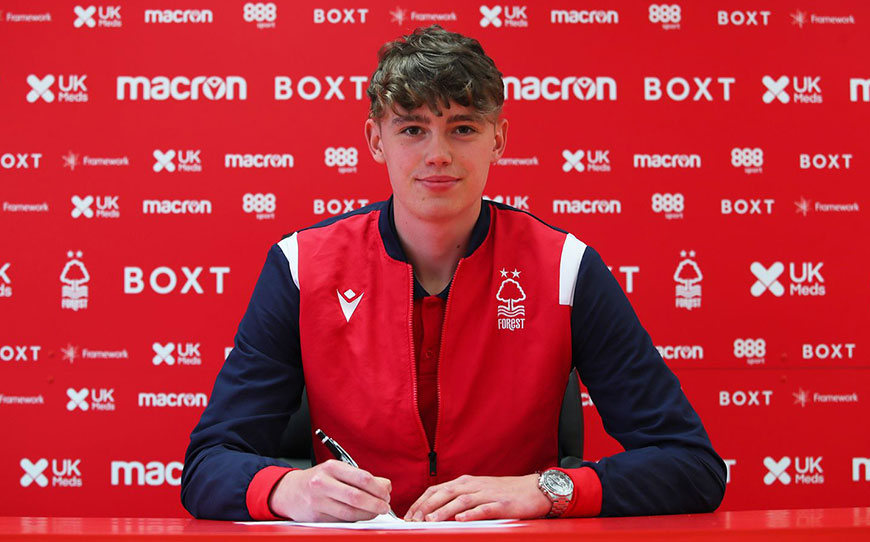 Nottingham Forest academy defender James Clarridge has penned his first professional contract after an impressive first year as an apprentice.

The 17-year-old has featured regularly for the Under-18s and Under-23s this season, while he has also represented England at youth level, most recently being part of the Under-17s setup.

“This is a really big step for me and I’m excited to continue my time with the club. My first professional contract is a big step for me and my family and it’s a really proud moment for us all,” the young centre-back told Forest’s website. “I’ve been with Forest since I was six or seven-years-old after being spotted playing for my local team and I’ve managed to work my way through the ranks over the years.

“I feel I’ve developed a lot, especially over the last year since becoming a full-time scholar and the attributes we have around the academy are really useful for me as a player.

“You look at the first-team and see the likes of Joe Worrall, who followed a similar pathway to myself, and it’s good to know that those opportunities will be there if I can reach those sorts of levels and he’s someone that I really look up to.”