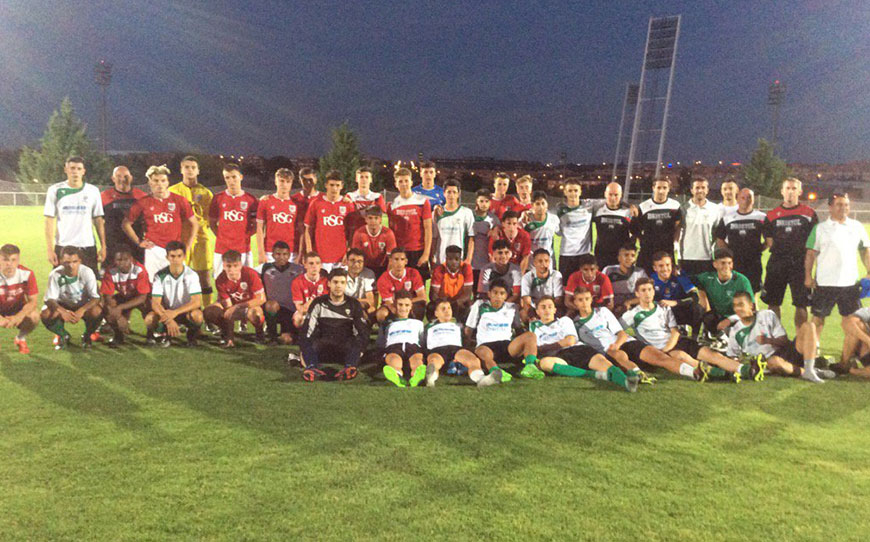 The second week in Madrid has flown by. It began on Sunday with a tour of Real Madrid’s training ground and Bernabeu Stadium, which was superb. It took my breath away as soon as we arrived at the training ground.

The facilities they have are incredible and it was such an amazing experience to be at one of the best training complexes in the world. It was mind-blowing. All the boys thoroughly enjoyed the training session that we had there and the coach was fantastic, setting us interesting drills to perform.

We went straight from there to the stadium, which was really overwhelming. It has a capacity of around 81,000, which is over triple the amount of Ashton Gate. Everything from the pitch to the changing rooms to the trophies were out of this world. It was a real privilege to be able to witness such a great theatre in the flesh.

Later in the week, we visited Atletico’s stadium, which was another great experience. It is something we can only dream of at present to play in front of crowds like this and we were all considering what it would be like and where we’d prefer to play at. I’d definitely pick Atletico!

We have had two more games as well, playing against Trival Valderas and Getafe. Unfortunately, we lost both of them 2-0 and 3-1, which was frustrating but we were unlucky to have a number of injuries which weakened our options. Particularly in the extreme heat, it was very difficult for the 12 or 13 fit players to stay fresh for both games.

But despite the results, we will learn a lot from all the games we played here and the experience of the tour has been immense. Being exposed to new drills and new ideas will certainly improve us. IT has been an incredible and challenging time for all of us. For me personally, I have found it hard to watch my team as I would have loved to be out there playing with the boys but hopefully there will be another opportunity for me in the future to travel abroad for a pre-season tour.

Overall, it has been a great way to prepare for the upcoming season and I hope it will lead to a successful season of progression for us all.