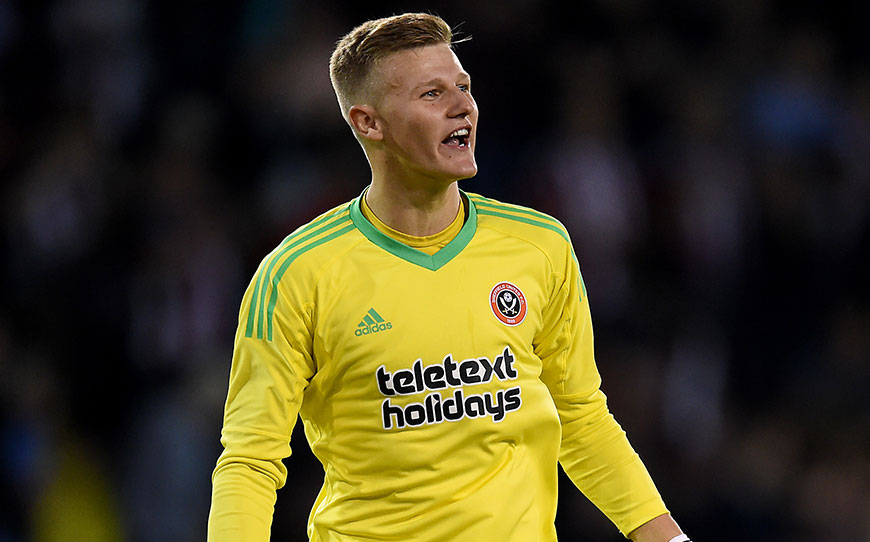 Sheffield United goalkeeper Jake Eastwood has committed his long-term future to the club by signing a new deal that ties him to the Blades until 2020.

The 21-year-old has featured regularly for the Under-23 side over the past couple of years after progressing through the ranks at the SteelPhalt Academy and was handed his first two senior appearances in Carabao Cup ties against Walsall and Leicester City in August.

“We have a number of very good goalkeepers on our books and Jake is one of them,” Blades boss Chris Wilder told the club website. “He works tremendously hard with (coach) Darren Ward and the goalkeepers and has had a taste of senior action in the cup. We see plenty of potential in Jake and hopefully he fulfils it.”

Eastwood is yet to make his Sky Bet Championship debut as he sits behind more experienced pair Jamal Blackman and Simon Moore in the pecking order, although he has featured as a substitute on many occasions this season.

He said: “I’m delighted to sign a new contract, it’s a proud day for my family and myself. United is a great club for a young goalkeeper, the coaching is excellent, especially working with Darren Ward, who has contributed massively in my development since I was 14.

“Working with Simon and Jamal and a squad of players who are pushing each other every day is a great environment to learn your trade.”