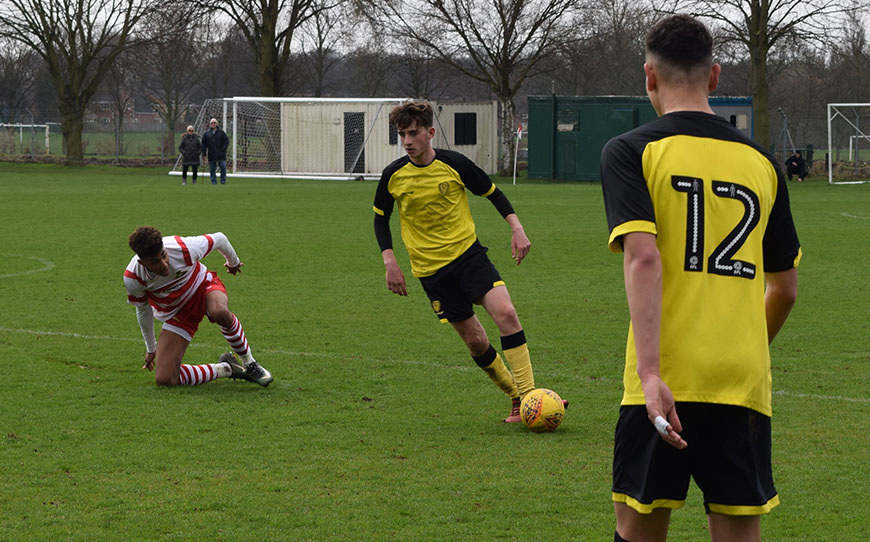 Miller’s towering header from a Danny Amos corner broke the deadlock with just over quarter of an hour played before Boocock’s solo effort doubled advantage, while Jack Holmes pulled one back for Burton late one.

The hosts, full of confidence from their recent winning streak, made a promising start with Myron Gibbons’ sharp movement allowing him a clear effort at goal, but Albion Keeper Jack Livesey saved well low to right.

However, the early pressure soon produced a reward when Amos floated in a corner from the left-hand side towards the head of Miller, who rose highest to send Rovers into the lead.

The visitors did possess a threat of their own in the first-half as Holmes latched onto a perfectly weighted through ball, but failed to apply the required finish, with keeper Louis Jones thwarting the attack.

At the other end, Gibbons had another chance after he escaped the attention of the defenders and found enough space for a shot inside the area, but again Livesey was alert to the danger to deny the first-year striker.

The Brewers stopper could not maintain his resistance until half-time, though. Boocock collected possession just inside his own half and surged through the Burton rearguard before unleashing a right-footed strike that found the bottom left corner of the net.

After the break, defender Miller went from goalscorers to goal-saver as he hooked the ball off the line following a scramble in the area as Burton strived for a way back in the game.

Kyle Clamp then had an effort from the edge of the area saved, but in their attempt to halve the deficit, Albion left themselves vulnerable at the back and were almost punished when Gibbons was played through on goal, only for Livesey to again deny the 17-year-old.

Having spurned multiple chances to kill off the game, Doncaster were suddenly enduring a nervy finish after Holmes’ rebound at the back post gave the away side a glimmer of hope.

However, Paul Stancliffe’s team held on to remain the in-form side in the league and lift themselves up to sixth in the table, while Burton have now won just one of their previous five fixtures, failing to build on last week’s victory against Chesterfield.

Doncaster Under-18s coach Stancliffe told LFE: “I am very happy. We played some really good stuff and deserved the victory based on that first-half performance. We scored at the perfect time I suppose to give us that cushion, and once again I am delighted.

“In the second-half we got a bit scrappy, but we made a lot of substitutions and that can disrupt the flow of the game sometimes, but they worked for one another and I think we deserved it overall.”