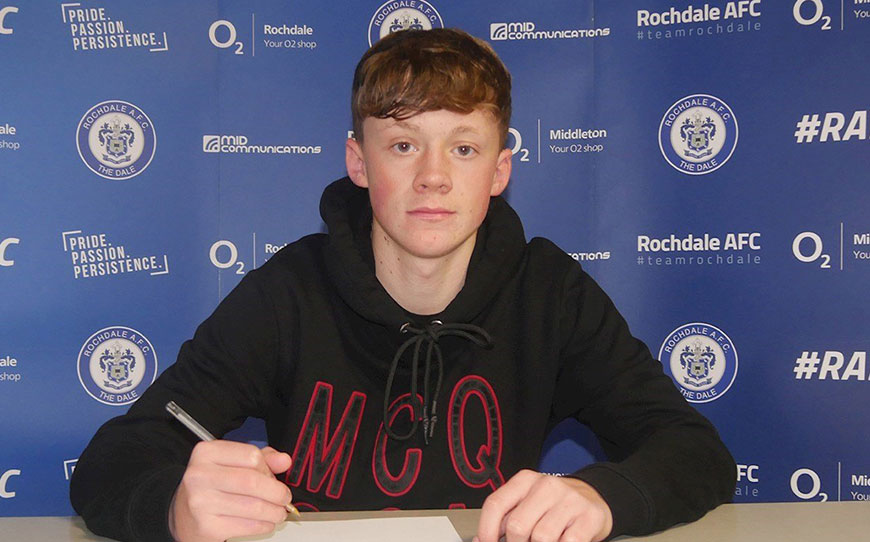 The talented teenager has already featured in three competitions for Dale, making his debut in the Carabao Cup in September, while also registering a trio of starts in the Papa John’s Trophy and a Sky Bet League One appearance.

“It’s all I’ve ever wanted since I was three-years-old,” Brierley told the club website. “I’m over the moon to have the chance to play out there and to finally be a professional footballer is great.

“I’ve been here since I was six or seven, training every Tuesday and Thursday in the evening (for the academy) and it has all been worth it.

“From watching some of the players as a fan, to playing with them, is just unreal. I’ve enjoyed playing in all of the games for the first team so far. I think I’ve done well and all of my teammates have been great with me. I can’t wait for the next three years!”