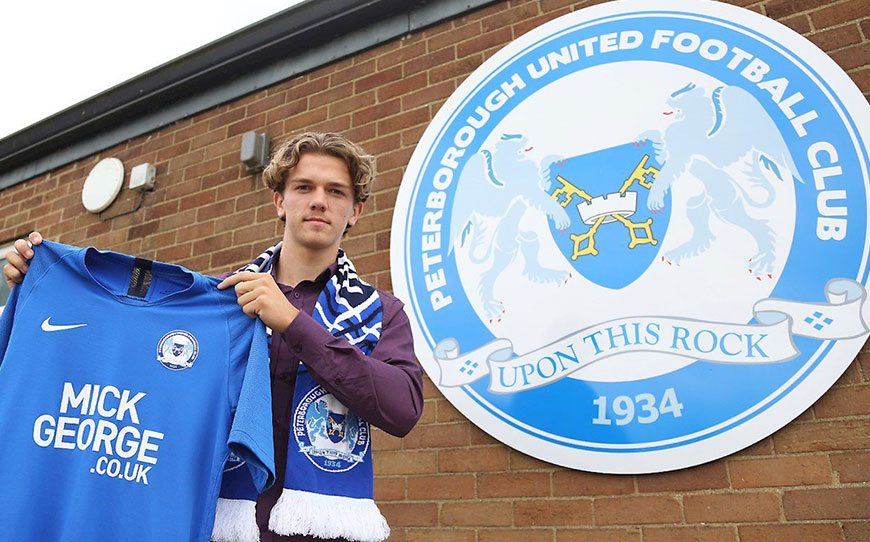 Talented defender Bobby Copping has landed his first professional contract after agreeing a two-year deal with Peterborough United, having been without a club since Bury’s recent expulsion from the EFL.

The second-year apprentice has yet to make a first-team appearance, but did feature in the Lancashire Senior Cup final last April, which the Shakers won 4-2 against Fleetwood Town.

Copping has spent the past few weeks on trial at Premier League club Brighton & Hove Albion, with an impressive display for their Under-23s encouraging Peterborough to swoop for the 18-year-old.

Posh manager Darren Ferguson told the club website: “Following the unfortunate events at Bury and he became available, Kieran Scarff, our Academy manager, made me aware of him. There has been a lot of interest in him – his agent spoke to Kieran about whether we would be interested. In the meantime, he played a game for Brighton against Chelsea and Brighton were very impressed by him but they have two very good young centre backs as it is already.

“I had a look at the footage and we have decided to sign him. We feel there is a lot of potential there. He has only just turned 18, he is a centre-half, good size, was at Norwich as a kid so has a good upbringing and I am delighted to have him on board.

“As a centre-half, I have looked at what I have in the first-team squad and what I have below that, it made sense to do this deal because we wanted a young one. We are not going to throw him straight in, we will be patient with him, have a look at him and see how it goes. I have met him and his parents – they are a nice family. He was delighted to sign amidst a lot of interest so I am pleased to get him.”

Copping added: “The vibe I get at Peterborough is very similar to the one we had at Bury in terms of that togetherness and I am really pleased to be here. I have been made to feel wanted, the manager has been great with me and my family and it was a great day for all of us on Monday when the paperwork was completed.

“I know I have work ahead of me because I haven’t had much action over the last few weeks aside from the game at Brighton, so I have been keeping myself in shape in the gym. The modern day centre-back needs to have a lot of attributes but I like to say that I am a ball-playing centre-half who likes to head, tackle and defend. It is a good opportunity for me here and I can’t wait to get started.”