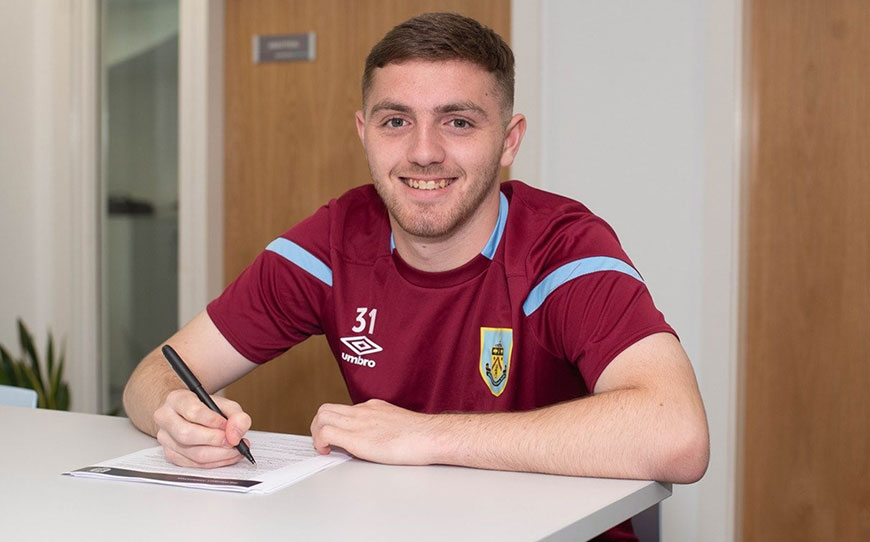 Bury Academy graduate Ryan Cooney has ended his long association with the club to join Premier League Burnley, signing an initial 12-month contract with the option of a further year.

The versatile teenager played a part in Bury’s promotion from Sky Bet League Two last season, making 15 appearances in total – adding to the 14 he amassed as a second-year apprentice during the 2017-18 campaign.

The 19-year-old was a key figure as the Shakers reached the Checkatrade Trophy semi-final stage, while he donned the captain’s armband on the final day of the league season at home to Port Vale.

“Playing in the first-team has been good experience and the way we went about it to get promotion, we didn’t let anything affect us,” Cooney told Burnley’s website. “As a group we knew we were good enough to get where we wanted to and we achieved it.

“It’s tough to leave Bury in some ways, to say that I’ve been there since the age of nine. But I think now is the time to move on elsewhere and come to a good club like Burnley. This is a Premier League and that’s where you want to be.

“It’s a great opportunity with everything there is here. I need to focus back on the Under-23s, rather than the first team, and carry on, work hard and keep improving myself. I’m looking forward to getting up to match-fitness sharp and then it’s time to crack on and see what I can do.”

Cooney is following in the footsteps of former team-mate Rob Harker, who also came through Bury’s Academy before moving to the Clarets last summer, with the duo likely to share the same pitch once again in Burnley’s Under-23 set-up.