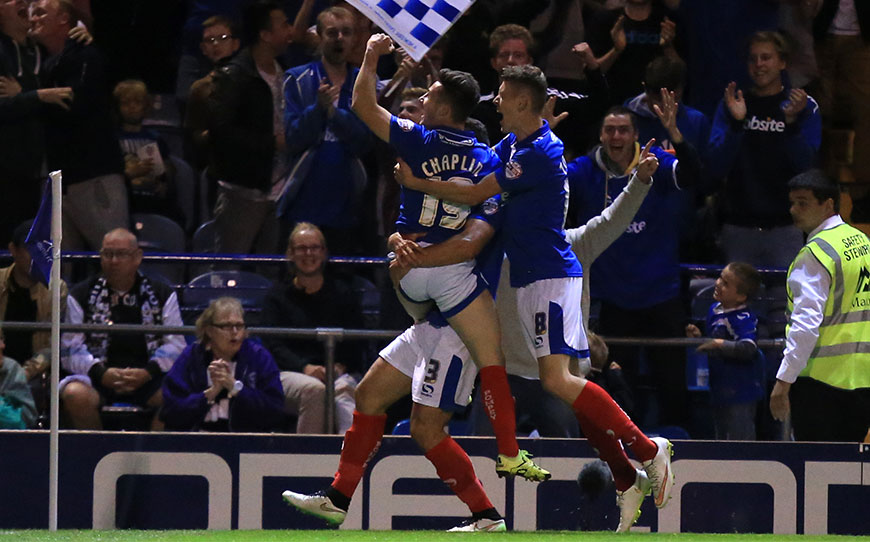 Promising youngster Conor Chaplin made a name for himself last night as he scored the winner during Portsmouth’s shock defeat of Championship side Derby County to reach the second round of the Capital One Cup.

The 18-year-old made an instant impact as a 71st minute substitute, converting a right-footed shot from the centre of the box to the bottom right corner just five minutes after his introduction.

Speaking for the club YouTube channel after the game, the LFE League Two Apprentice of the Year for 2015 was visibly overwhelmed with pride.

“I’ve grown up a Pompey fan and a Pompey player all my life and I’ve been in that stand just over there watching for six or seven years, and to see the elation of the fans…you can’t want any more than that.”