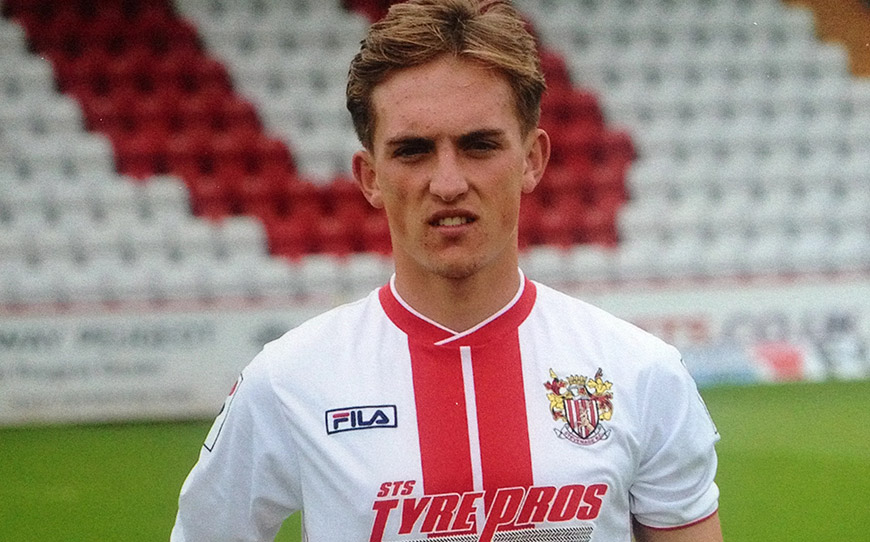 Former Stevenage defender Jamie Carey-Morrell has spoken about the “buzz” and positivity of his first year at California State University, Bakersfield.

Carey-Morrell (pictured at the start of his apprenticeship), swapped ‘the Boro’ for Bakersfield at the end of the 2013-14 season.

The young defender headed to the southern end of the San Joaquin Valley and sunshine state after being released at the end of his apprenticeship.

“Back in England I was aware of the soccer scholarship I always spoke about it with my family, the attraction to Bakersfield was the weather in California and I knew that Richie (Grant) was a good coach and how well he’d done previously,” Carey-Morell told Touchsoccer.

“I placed a lot of trust in him (Richie Grant) and he did in me.”

“I was a bit concerned about coming out to America from England and I did my research on CSUB. They’ve made a few professional players in the MLS and I’d heard how good the school is for students and graduation rates so it was the ideal opportunity for me.

“In my freshman year I started off very well I scored 3 goals in my first five or six games and they were all match winning – it was a great buzz. I did well throughout the season and had a very positive freshman year.”