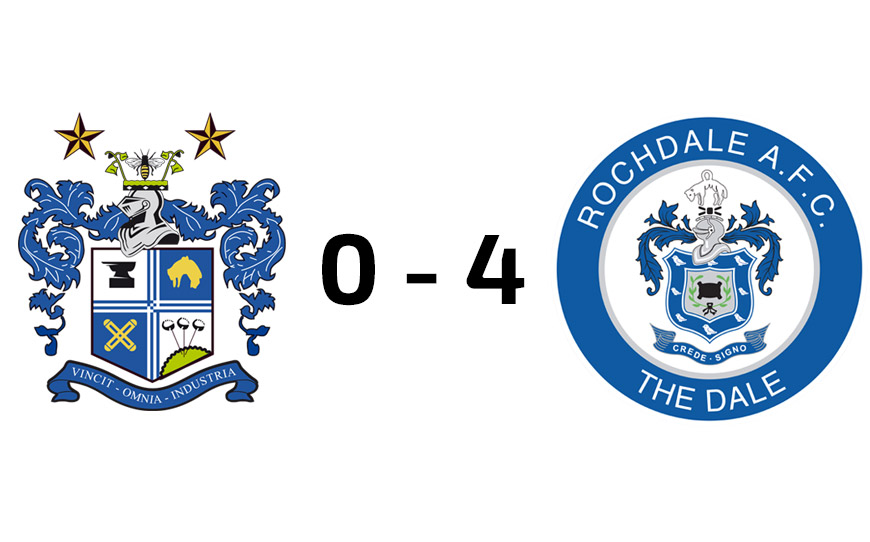 Dale now 5th and unbeaten in their last four outings have three games in hand over leaders Blackpool and could move within three points of the Seasiders, if they can take maximum points from those games.

Bury’s hopes of the title look to be fading after a damaging sequence of recent results, particularly at home.

High pressure from Rochdale pushed the Bury youngsters back from the start of this game and the visitors almost broke the deadlock after fifteen minutes when a shot from Rochdale’s Jack Stewart was cleared off the line.

Ten minutes later, Rick Ashcroft’s team got the opener. A corner-kick found David Owusu, unmarked and he tapped the ball in from close range.

Bury struggled to find their feet in the game and as the pressure mounted, Dale doubled their advantage. Six minutes from the end of the half, Adejuwon Hamzat guided the ball into the top corner of the net with a well struck first-time shot.

It went from bad to worse for the hosts whop conceded a third goal in the forty-third minute. An attempt to play-out from the back went badly wrong and Jack Stewart converted the simplest of chances.

After the break, Rochdale continued to bombard the Bury goal and were rewarded with a fourth goal courtesy of a fine free-kick by Stewart.

Bury only registered their first shot on goal in the 57th minute and were unable to find any way back as Rochdale played out the remaining 30 minutes in a professional fashion.