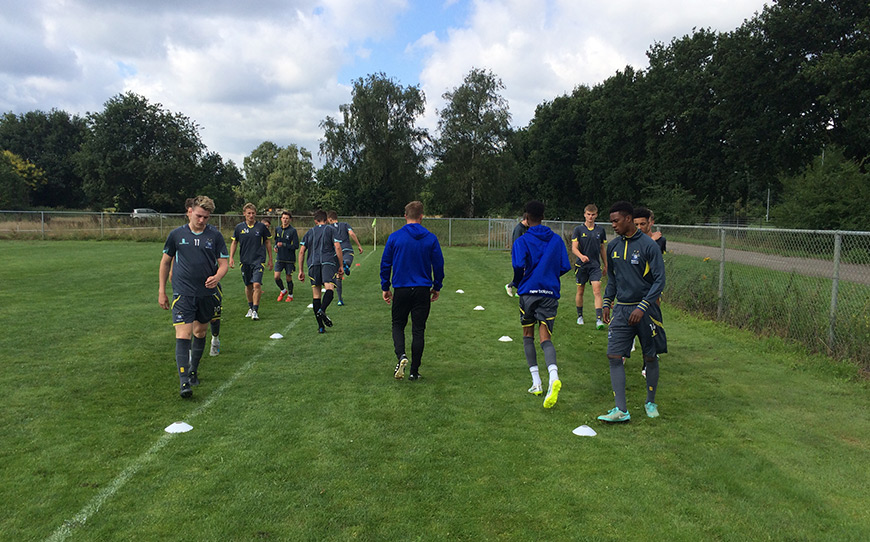 Bury Under 18’s may have left their Gigg Lane and Carrington training bases behind but they are already settling in to their new temporary home in Venlo on their LFE organised pre-season trip to The Netherlands.

After a busy couple of days adjusting to the new surroundings at the base in Venlo, we’ve been kept up to date with all the action on social media.

Striker George Miller, who will be blogging for LFE throughout the trip, revealed that he is keen to make the most of the cut and thrust of fixtures against the likes of Vitesse Arnhem.

“I’m looking forward to playing Vitesse Arnhem. It should be a good test against their Under 19’s,” Miller told the club’s YouTube channel.

The Shakers youngsters will be coached by staff at their hosts Venlo and Miller believes that can only benefit their tactical and technical knowledge.

“Hopefully we’ll gain an adapted style of play and learn something new technically,” he added

Here’s the first few days summed up on Twitter: