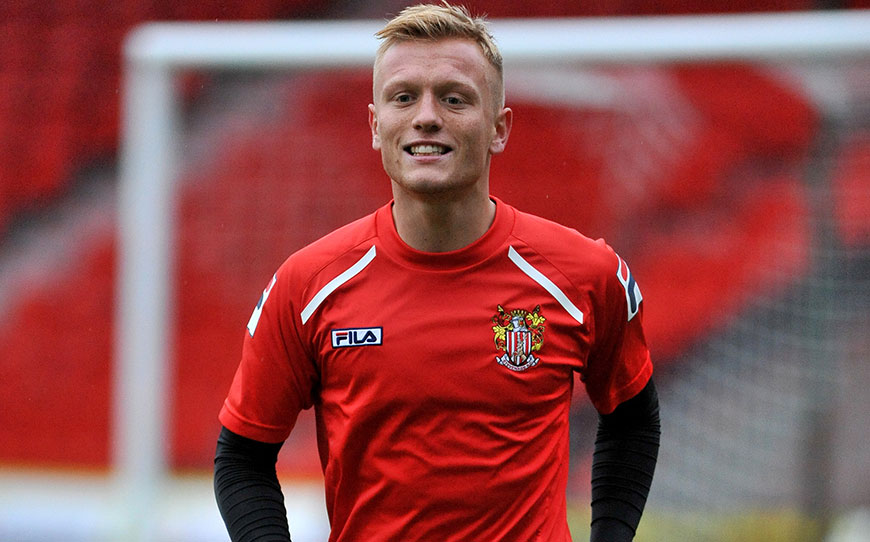 Jordan Burrow has made an impressive transition into non-league football after joining Conference club Halifax Town in the summer.

The former Chesterfield apprentice has bagged six goals in his opening seven games and the Sheffield-born striker is enjoying his early-season scoring streak.

“It’s a good start for me personally and long may it continue. I’m confident and that’s a big thing as a striker,” he said.

The 22-year-old, who scored 17 goals in 110 Football League appearances for Morecambe, Stevenage (pictured above) and Lincoln, respectively, has excelled in a lone striker role so far this term and sealed Halifax’s first win of the season with the third goal in the 3-1 defeat of Barrow on Monday.

“There’s a lot of running about! I played there quite a bit at the start of last season in a 4-3-3 on my own.

“It is hard work on your own but that’s just part and parcel of that position,” he added.