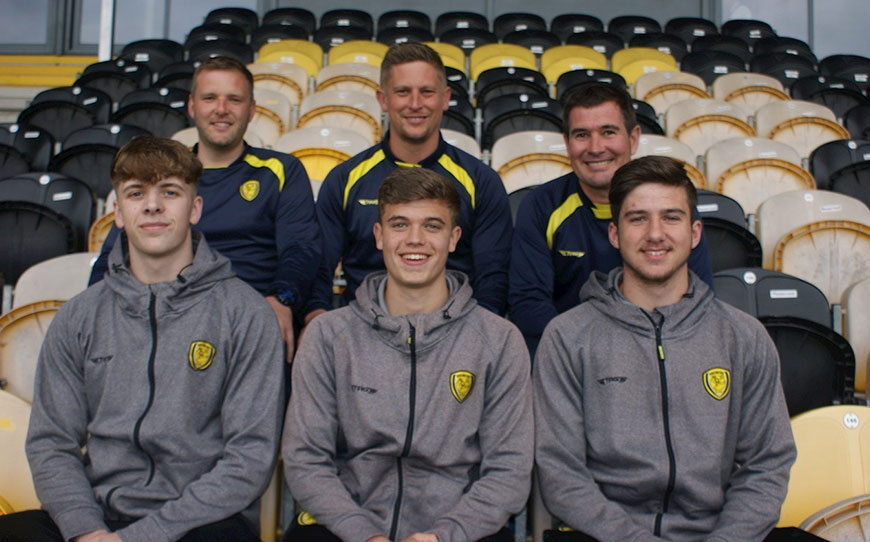 Three Burton Albion apprentices have put pen to paper on their first professional contracts, with defenders Ben Hart and Nathan Morley agreeing six-month deals, while Ethan Vale has signed for 12 months with the option of a further year.

Hart appeared on the bench twice in the Checkatrade Trophy against Port Vale and Middlesbrough, with Morley spending time out on loan at Matlock Town this season.

Elsewhere, midfielder Vale was a standout in the Under-18s and capped off the year with the 2018-19 Scholar of the Year accolade having previously been named in LFE’s ‘The 11’ in February for his exceptional efforts on the pitch and in the classroom, completing an A-Level as well as the Extended Diploma.

Burton’s Academy has been a major success in recent years, with graduates Marcus Harness, Ben Fox, Joe Sbarra and Reece Hutchinson all featuring regularly for Nigel Clough’s first-team last season, being directly involved in more than a quarter of goals scored in Sky Bet League One.

Manager Clough told the club website: “One of the highlights of the season was the way that the Academy graduates performed. They made 122 appearances between them, and that is not including John Brayford who came through the Academy in a different incarnation.

“It is a lot of local young players, that is what we are going to have to do and it is lovely to see another three coming through.

“The Academy is a vital part of the club and it will be going forward. We have to be as good as we can with our Academy. By far, the most economical way of producing players for your first team is through the Academy. We will continue to strive to do that.”

Academy Manager Dan Robinson said: “It’s great for them and great for us as an Academy. Our aim is to help them develop as people as well as players and these three have come through their scholarships and have now come out the other side and are now in the thoughts of the manager for next season.

“Everyone at the club is excited about them as they have gone from making cups of tea and helping out in and around the place as part of their scholarships, to hopefully kicking on with the first team and making progress next season.”