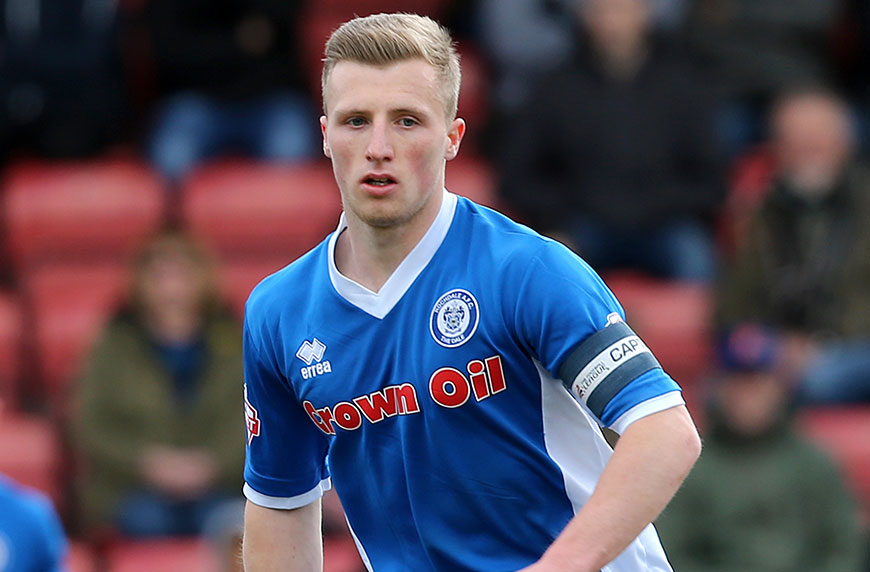 Burton Albion have captured Rochdale captain Jamie Allen from Rochdale for an undisclosed fee on a three-year deal.

The 22-year-old completed his apprenticeship at Rochdale having been with the club since the age of eight and went on to make 151 appearances for Dale.

“We have watched him for quite a bit of time now and think he has a lot of potential,” Brewers boss Nigel Clough told the club website. “We have been talking to Rochdale about him for several weeks but it has taken until deadline day to reach an agreement and we are delighted he his joining us.

“We think he is ready to make the step up to the Championship. It’s the right move at the right time. He wants to test himself at that level and he will be able to do that with us.”

Allen was shortlisted for LFE’s League Two Apprentice of the Year award in 2013 and was given a senior debut the following season during an EFL Trophy clash with Port Vale in October 2013 before featuring 29 times in total as a first year professional.

“I’m delighted it’s over the line and I’m just really pleased to be here now,” said the midfielder. “It’s a massive challenge for me but one I feel I’m up to. I have been in League One a couple of years now and I think this is the right time for me to step up.

“I have been at Rochdale since I was eight. I feel like I’m ready for a new challenge and this has come up and I’m ready to go.”