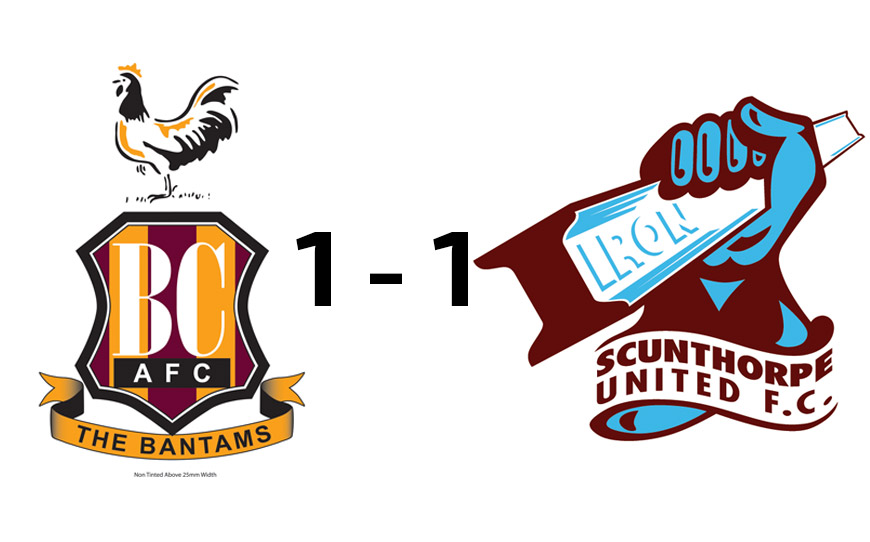 By Jake Green: Scunthorpe United’s Under-18s missed out on the opportunity to move to the top of North East Youth Alliance as they were held to a 1-1 draw at Bradford.

With Mansfield losing to Burton, they instead fell to third in the table with Lincoln moving to the summit with a 3-0 victory at Hartlepool.

However a point was probably the right outcome in a competitive encounter against a Bradford City team who have not won at Rawdon Meadows since September.

The Bantams actually dominated the early stages and were unfortunate to hit the Woodwork in the 7th minute. Tony Daws team who included a couple of Under-16s players then nearly took advantage of that good fortune but Leslie Sackey was unable to covert after being put through on goal.

After a goalless first half the game exploded into life just before the hour mark as Bradford winger Sumaili Cissa opened the scoring. The youngster who has appeared in the club’s second string, collected possession 20-yards from goal and hammered a cracking right-foot in off the underside of the crossbar to leave Scunthorpe stopper Joe Parker with no chance.

That lead though lasted a mere four minutes. A poor defensive clearance was picked-up by Fortunate Sithole who found the back of the net with a composed finish from just inside the penalty area to ensure the spoils were shared.