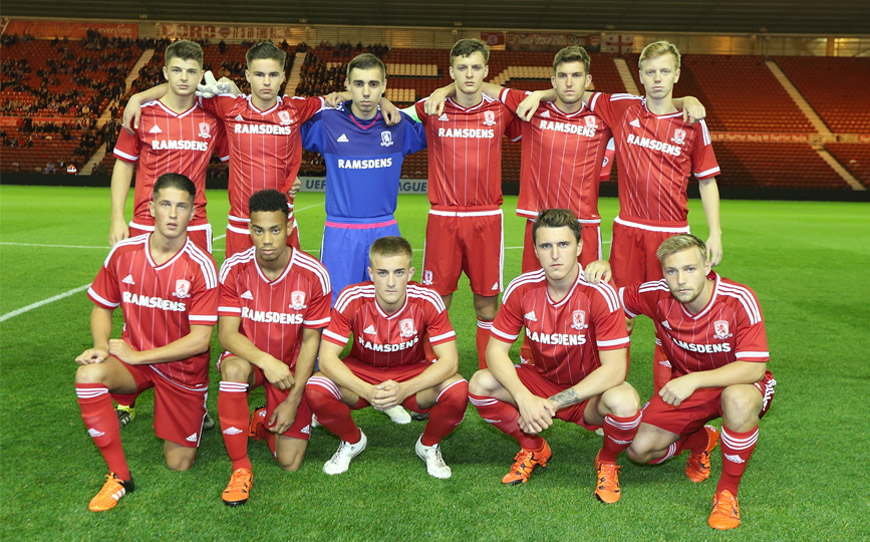 Middlesbrough travel to Paris today relishing the prospect of going toe-to-toe with Paris Saint-Germain in the UEFA Youth League.

Boro, who have already seen off Stade de Reims and Torino, hammered Dynamo Kiev 5-0 a fortnight ago to set-up a glamour tie with the Parisians.

With a Quarter Final place against PSV Eindhoven or Roma at the Riverside at stake, Boro team boss Craig Liddle and his players are looking forward to a “tough” but “exciting” assignment when they take on PSG at the Stade Municipal Georges Lefèvre tomorrow afternoon.

“We’re happy with the draw and it’s probably as tough a game as we’re going to get, but at this stage you’re always going to get the tough games,” Liddle told the Boro website. “We’re looking forward to it and we’re excited. We all watched the draw together, the staff and the lads.”

“If I’m being honest we didn’t want one of the English sides that were left in because it would take that European feel about it away. I think the boys are just enjoying the experience of pitting their skills against the best teams in Europe, which is great,” he added.

“We’re going to different countries and preparing for games in the same way first teams do for European ties.”