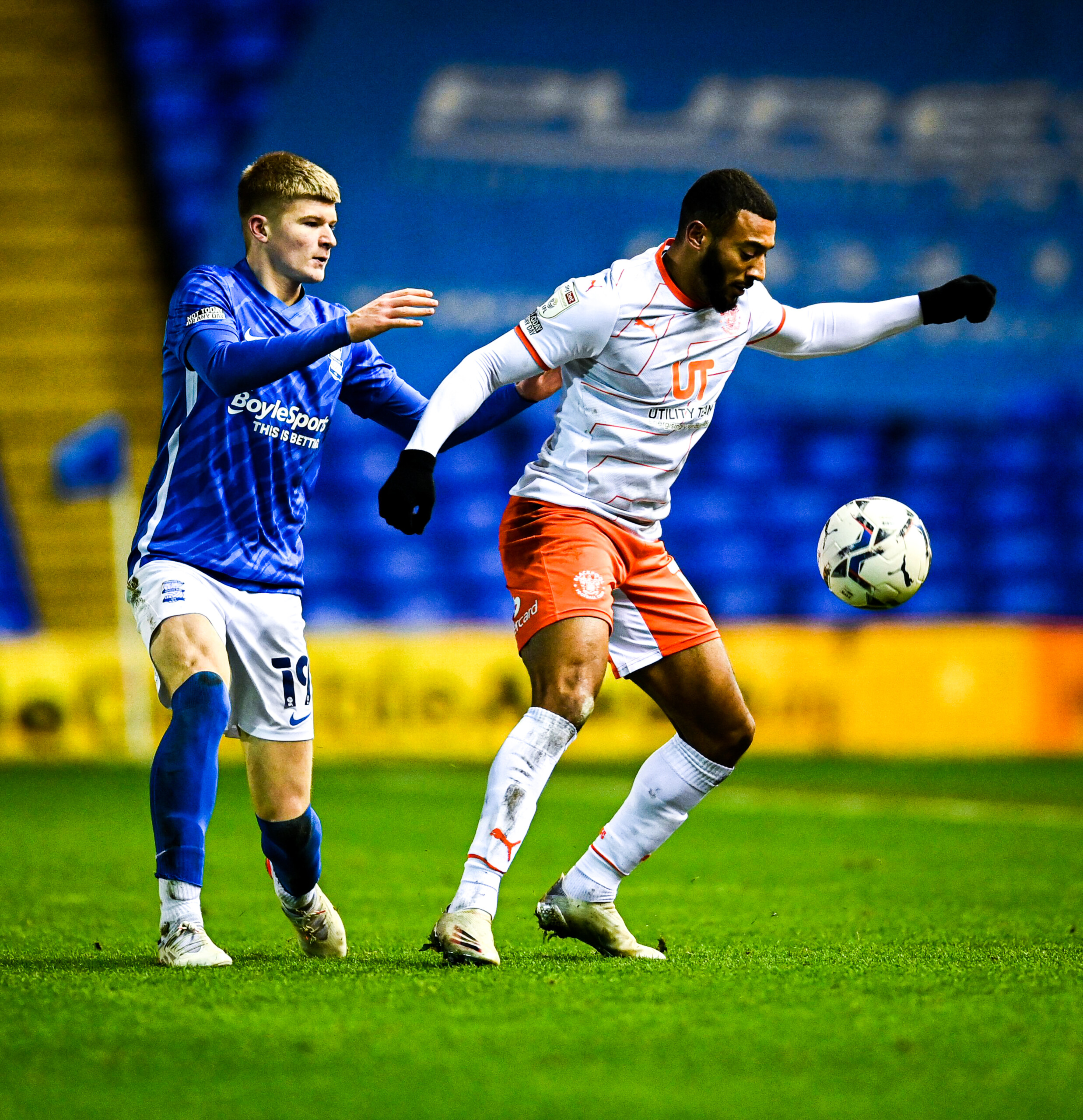 Highly-rated midfielder Jordan James has secured his first professional contract at Birmingham City, signing a deal that will keep him at St. Andrews until the summer of 2024.

The second-year apprentice has stood out for the Under-18’s and Under-23’s this season – recently scoring in an away victory at Middlesbrough – and made his full professional debut against Blackpool on Saturday, registering an assist that helped Lee Bowyer’s side pick up all three points.

His mature performance in that Sky Bet Championship fixture showcased his potential, with Lee Bowyer quick to tie the midfielder down to a two-and-a-half-year deal. Speaking to the club website, Bowyer said: “He has taken his chance. Whatever you ask him to do, he has done. He tries to do the right things, brings the right energy. He can travel with the ball, he is comfortable in possession, he ticks a lot of boxes for me. I like what I see with Jordan, he has a lot of potential.

“He is a grounded young lad, well mannered and respectful to everybody. He has been as good as gold. The senior players are looking after him, guiding him and helping him.”

The Blues academy product, who only turned 17 in July, joined the club at pre-academy level and has gone on to climb through the age groups to get to where he is today. The journey is what makes it so special for James.

“It has been a long nine years but it has been worth it. This is what you want to do and is the end goal. I want to keep pushing on and, hopefully, keep getting more appearances,” he said.

“If you’re good enough you’ll get the chance and the Gaffer has been really good for me and allowed me to get that chance.”

Football runs in James’ family, too, as his father Tony enjoyed a lengthy career as a professional footballer, turning out for clubs such as Hereford United and Burton Albion.

Speaking after his son’s senior bow earlier this month, Tony commented: “The entire club has shown faith in his ability and took the effort to put him on a slightly different program to many boys at the club due to his slow physical development.

“Many clubs would have discarded him because of his size, but Blues showed real patience with him and hopefully that is now bearing fruit.”