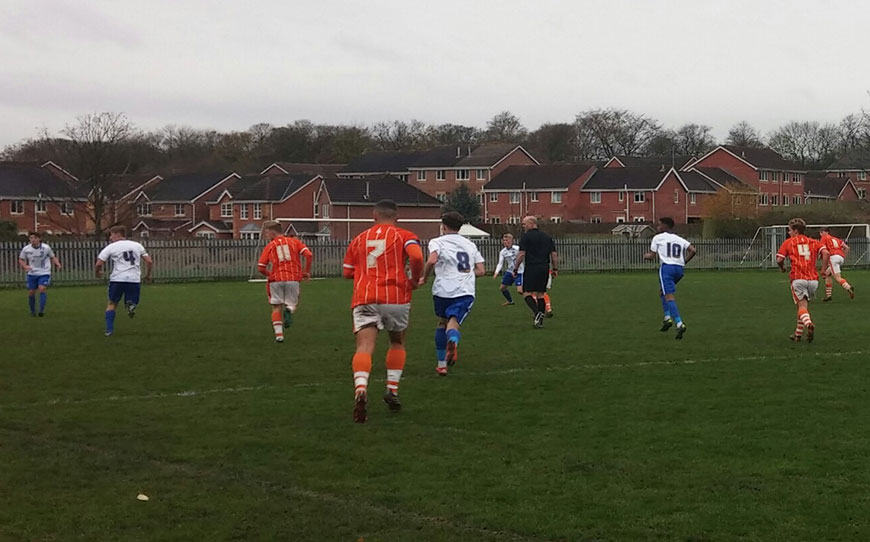 By Karan Gadhia: A brace from Rowan Roache and a 25-yard strike form James Doyle helped Blackpool ease to a 3-1 victory over Bury in the Lancashire FA Cup.

Roache opened scoring in the first-half with a cool finish inside the box after collecting the ball from Kit Gregory. The 15-year-old doubled the lead for the Seasiders early in the second-half when he fired past Michael Papastylianou after controlling a chipped pass.

Robert Bourne briefly reduced the arrears with a 73rd minute penalty but Doyle re-established the home team’s two goal cushion to ensure that there would not be a late comeback from the visitors.

In a largely even contest, Blackpool stopper Myles Boney and his opposite number Papastylianou both excelled but ultimately the Seasiders proved to be more clinical in the final third.

“In the time since the last game against Bury (0-0) we’ve developed as a team and found our identity in the way we play, the way we press and the fast football with the energy we like to play with.”