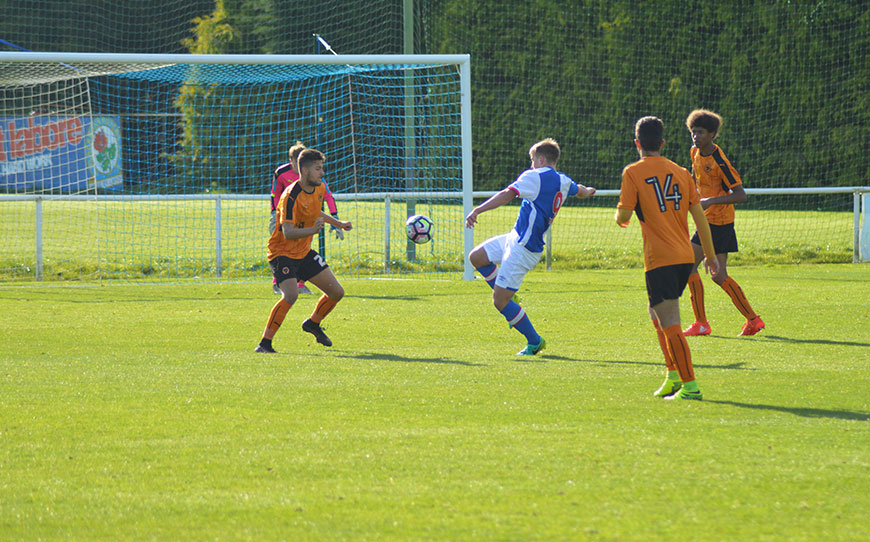 By Owen Keighley: Blackburn Rovers Under-18’s made it five league wins on the bounce to move up to third in the Under-18 Premier League North with a 4-0 demolition of Wolves on Saturday.

On a sunny day in Lancashire, Rovers dominated the game scored two goals in as many first half minutes to put themselves firmly in charge.

Midfielder Stefan Mols carried the ball 50 yards and when he was fouled in the penalty area Dan Butterworth was on hand to dispatch the spot kick into the top corner.

The home side doubled their advantage moments after the restart. Tre Pemberton capitalised on a loose pass in midfield, and he kept his cool to rifle the ball past Sibley.

Rovers put the game to bed, two minutes into the second half when Butterworth fired home from close range after good play from Alex Curran down the left.

Blackburn continued to show a ruthless streak to their play and made it 4-0 5 minutes later. Pemberton picked up the ball on the edge of his own box, evaded one challenge, and then ran the length on the pitch before squaring to Lynch, who applied the finish to a fabulous counter attack.

Wolves applied some pressure to Blackburn’s defence and went close to grabbing a consolation goal when Ryan Giles fired inches over from 25 yards out.

The visitors missed a glorious chance to get on the score sheet two minutes from time when substitute Austin Samuels headed over the bar after a inch perfect cross from team-mate Cameron John.

Despite the margin of victory, Blackburn Under 18’s Coach, Ian Jones, played down his teams’ performance describing it as “Ok without being brilliant.”

“I thought we could’ve started the game better,” Jones said. “We should’ve taken the lead in the first 15 minutes, which would have set the tone for the rest of the match.

“I felt we were lucky to get the penalty, perhaps it was a bit harsh on them but from there we stepped on, they didn’t create much and I thought we did really well.”

Wolves’ coach Jerry Gill meanwhile admitted that the result had left him with plenty to work on with his players.

“I thought it was a fair result, I thought they competed a lot better than us, we were weak defensively and we didn’t deserve anything from the game,” Gill said.

“We had some good moments in the second half, but three or four attempts in 75 minutes isn’t enough in under-18’s football.

“We were very pleased with a couple of individual performances, I thought Tayler Perry was very good, who’s an under-16 playing youth team football. He was aggressive to get on the ball, he was brave and he created chances for us.

“We know we need to improve in areas and the good thing about youth team football is that we can work on that.”

View our match gallery below: 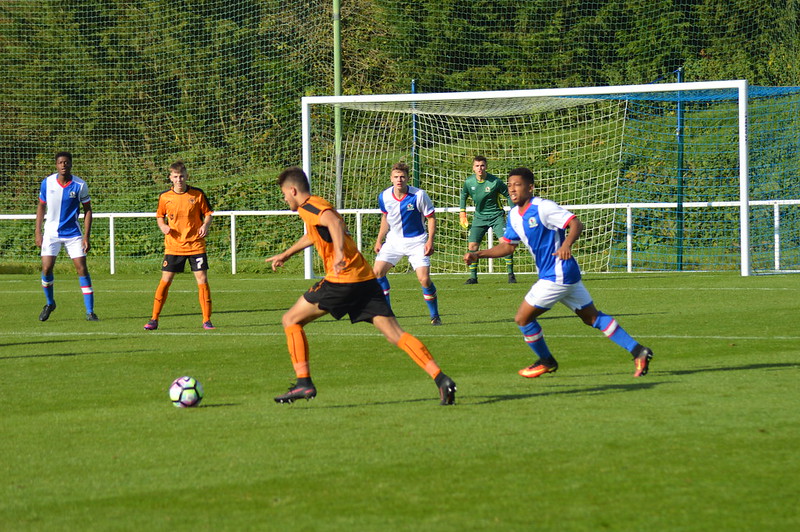