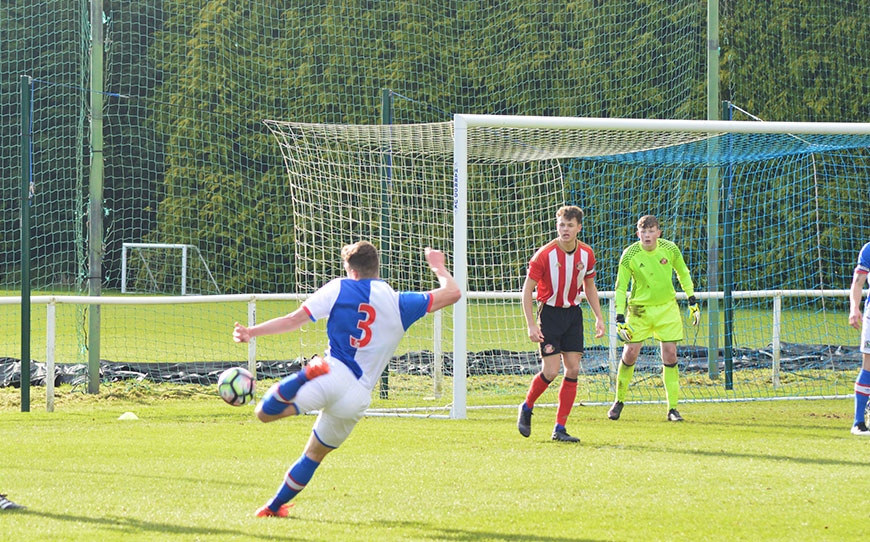 The home side started the game brightly and were ahead after 12 minutes when a long ball over the top sent Butterworth clean through on goal and he made no mistake as he slotted the ball past Anthony Paterson.

Paterson came to Sunderland’s rescue minutes later when he pulled off a fantastic double save from Butterworth and Tre Pemberton to keep the away side in the game.

Just a minute later, Sunderland almost found an equaliser when full-back Owen Gamble tried his luck from 30-yards-out and his shot rattled the crossbar.

The Black Cats best chance of the half came after 32 minutes when Lee Connelly was found unmarked in the box, and Rovers keeper Matthew Campbell got down well to pull off an excellent save.

Five minutes into the second half and Sunderland found a well-deserved equaliser when the impressive Connelly met a Sonny Best cross from the right and he turned the ball home.

The home side nearly regained the lead when Andrew Jackson’s cross was met in the box by Charley Doyle but the centre back couldn’t direct his shot on target.

Twelve minutes from time Rovers were reduced to 10-men when Doyle was shown a straight red card for an elbow on Connelly.

Step forward Butterworth. The young Mancunian, who is Rovers top scorer at Academy level, capped his first game for Rovers U23 side last week with a fine solo effort and he repeated the trick here.

Collecting the ball inside the Sunderland half, he evaded challenge after challenge before smashing the ball home to secure all 3 points for Rovers.

Despite remaining in contact with both Manchester United and Liverpool who sit three points above Rovers occupying second and third in the table, the Rovers U18 coach, Billy Barr, could not disguise his dissatisfaction with his team’s performance.

??“Very disappointed all the way through, I thought Sunderland we’re far better,” he said.

“I’ve just said to their manager that we didn’t deserve to win. We have won it, which is good for us lot, but the overall picture needs to be better. Just because their bottom of the league, doesn’t mean they’re a bad side. They’re a good side with very good players and I thought they played really well.

“Overall we’re pleased with the performance, but were disappointed in the goals we conceded, especially the last one which is the last kick of the game.” Atkinson said.

“Overall we deserved more than what we got, we certainly deserved at least a draw and we were unlucky not to take all three points.”