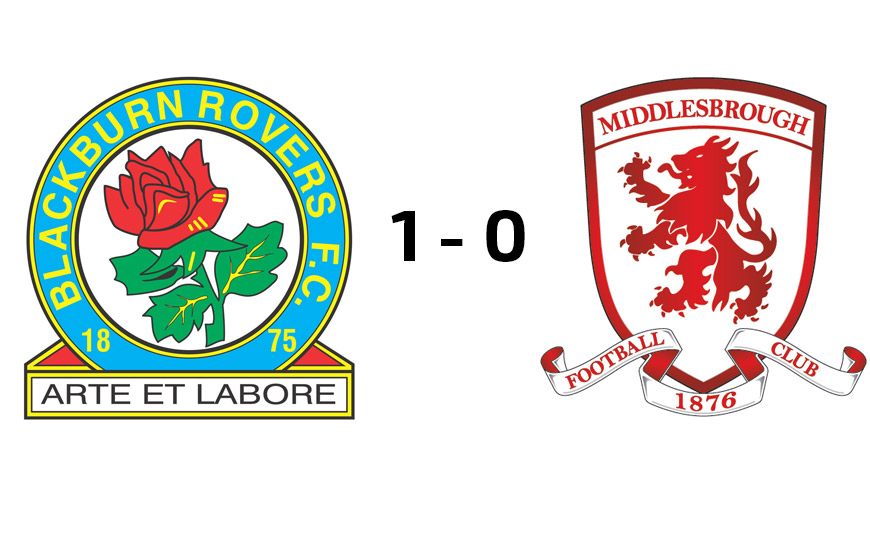 By Owen Keighley: Blackburn Rovers moved up to fifth in the Under-18’s Premier League after a 1-0 win over Middlesbrough on Saturday.

Dan Butterworth’s second-half header from a corner proved to be the difference between the sides at Brockhall Village.

The first half lacked any real goalmouth action bar a flash of quality in the 32nd minute when Rovers neatly released Butterworth on the right but his shot flashed inches past the post.

Middlesbrough almost took the lead in the first minute of the second half when Connor Malley’s cross was met by Tyrone O’Neil but a wonderful save by Ben Ascroft in the Blackburn goal kept the scores level.

The home side thought they had taken the lead on 55 minutes when Butterworth capitalised on a poor back-pass to the goalkeeper, but the striker was deemed to have kicked the ball out of Hemmings’ hands before slotting home into an empty net by the Referee.

The striker was involved again just a minute later when he found space down the left, his cross picked out Lewis Thompson, but the Rovers number 3 skied over the bar.

On 70 minutes, Butterworth broke the deadlock to give Blackburn the lead.

He managed to get across his marker and head home at the near post, much to his team’s delight, who mobbed him as they celebrated in the corner of the pitch.

With 15 minutes to go, Middlesbrough came within a whisker of equalising – only to be denied by an outstanding tackle by Lewis Thompson – who stopped Boro captain James Crook converting a cross.

The away side thought they’d snatched a point when Jack Lambert found space and smashed home inside the box, only to be denied by the linesman’s flag for offside.

Blackburn closed the game out and made it three games unbeaten to continue their good form. Boro now slip to fourth in the table following this result.

Rover Under-18’s boss, Billy Barr, was pleased with the result but insisted that his side’s performance could have been better.

“I’m happy with the result, disappointed with the performance – I thought we were quite sloppy with the ball compared to recent weeks but the clean sheet is pleasing.” Barr said.

“Performance wise we can improve but overall the result is pleasing and the lads are happy with the three points.”

“Overall, they were the better side first half and we edged second half so a draw would’ve been a fair result in my opinion.

“We didn’t react well enough to the corner and we didn’t defend the near post well enough, so it’s something for our boys to reflect on – but you can’t fault anybody’s desire or commitment.

“We’ve got a tough game against Man United next Saturday so we will need to keep the ball better than we did today, but I think today was just an off day and we know were much better, so I’m not too downhearted.”