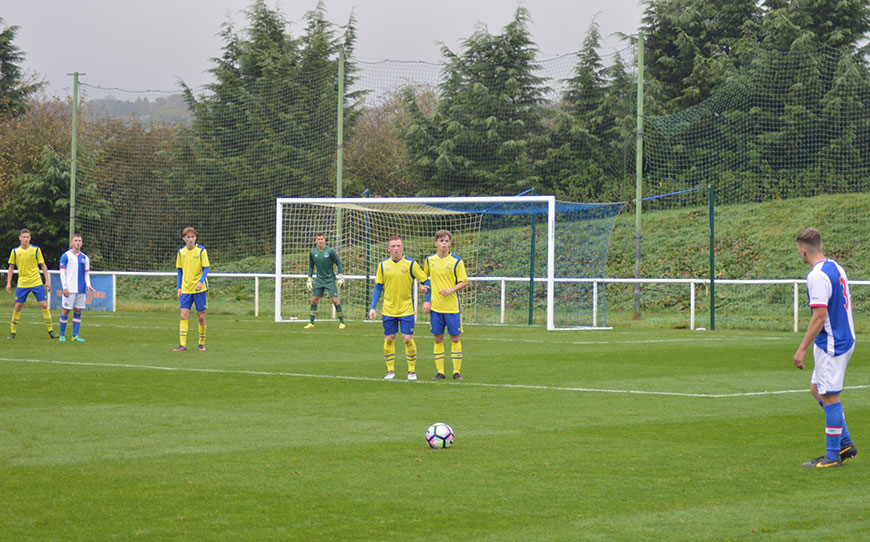 By Owen Keighley: Ten-man Blackburn Rovers missed out on the opportunity to top the Under-18 Premier League after being held to a goalless draw by Everton on Saturday morning.

Despite having top scorer Dan Butterworth sent-off in the first half, Rovers U18s were excellent throughout and arguably had the better chances to take all three points.

On a rainy morning in East Lancashire, the home side had a great chance to take the lead when Tre Pemberton’s cross found Dan Butterworth unmarked in the box, but his shot was superbly stopped by Chris Renshaw in the Everton goal.

The major incident of the game came just before the interval though when Rovers were reduced to ten-men.

Dan Butterworth was shown a straight red card for a late tackle on Ryan Harrington.

Despite being a man short Rovers continued to play some enterprising attacking football. Jack Evans fired wide after good work from Pemberton, before the diminutive winger broke through but blazed over.

Everton went close when Beni Baningime waltzed through the Blackburn defence but his cross shot whistled past the post and the sliding figure of Charlie Ball who was unable to divert it into the net.

With twenty minutes to go, Blackburn missed a glorious chance to take the lead when the outstanding Renshaw denied substitute Joel Steer from point-blank range. It was a wonderful save from the Everton keeper who spread himself to deny the striker after Stefan Mols free-kick had been headed into Steer’s path by Tyler Magloire.

Three minutes later, the Everton shot-stopper kept Rovers at bay again with a fine save to deny another Steer effort, this time a powerful drive from 20-yards.

While the result allowed both clubs to extend their unbeaten runs, it did not little to further eithers ambitions in the league.

Rovers were undoubtedly more satisfied with the outcome and were only aggrieved that they had not claimed all three points, regardless of having a man less for a large period of the game.

The Blackburn coach, Billy Barr, was impressed with his sides performance.

He said: “We created good chances today, despite going down to 10-men early.

“I’m not sure if it’s a sending off to be honest. The Referee has said it is but I’m not sure.

“The lads have come off saying they’re disappointed they’ve not taken all three points, but I think they’ll be happy to take a point, keep a clean sheet and carry on the unbeaten run.”

Everton coach, Kevin Sheedy admitted that he was frustrated by the result and aspects of his team’s performance.

“We knew it was going to be a tough game, they were in-form and they’d won their last 5 before today,” Sheedy said.

“I thought it was a sending off, the referee got it right but we didn’t create enough chances and we conceded possession too cheaply in the second half.

“We will work hard this week, improve on areas and go again next Saturday. We’ve got Newcastle at home next week so we’ll prepare for that and have a good hard week training for it.” 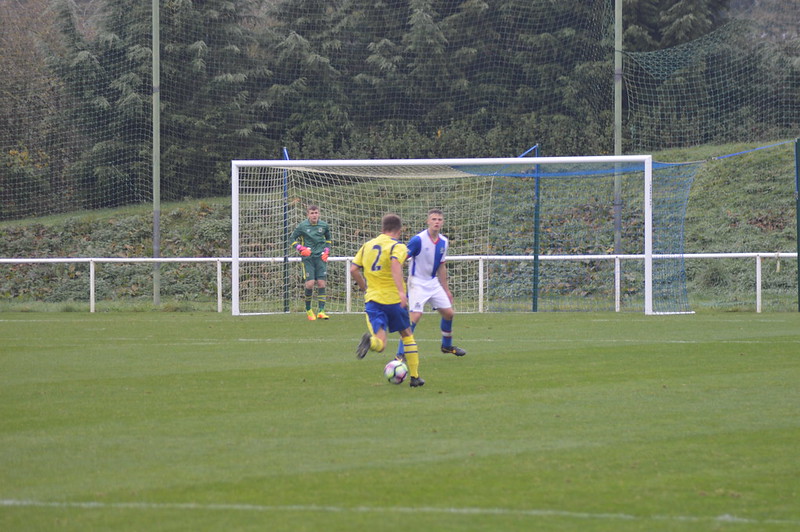