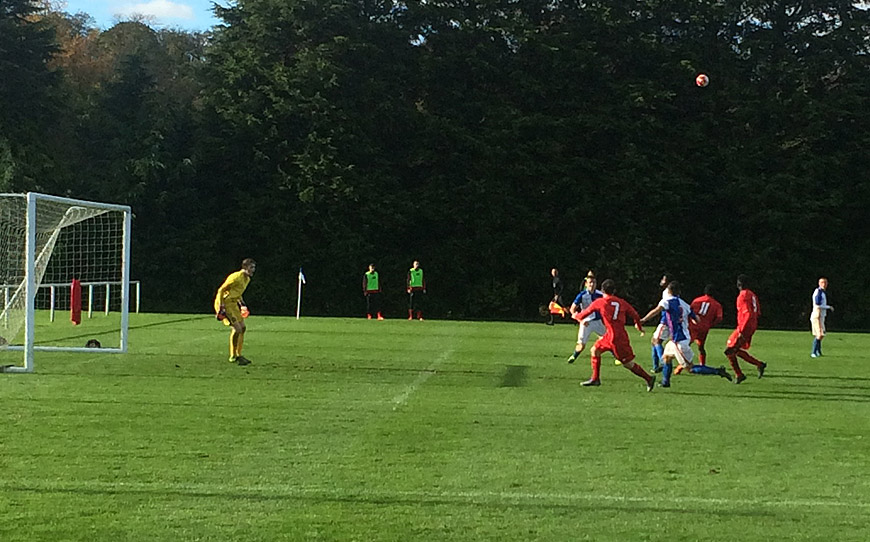 Blackburn’s Under-18s were unable to recover a two goal deficit as they fell to a 1-2 defeat at the hands of Liverpool at Brockhall on Saturday morning.

The Merseysiders started on the front foot and Bobby Adekayne fired in a 21st minute goal to hand them the advantage.

Adekanye, born in Nigeria but brought up in Holland, was snapped up by the Reds earlier this year from Barcelona after FIFA ruled that the Catalans had signed him illegally from Ajax as a 12-year-old.

The 16-year-old spent last season at PSV Eindhoven but showed that he has wasted little time in acclimatising to English football against Rovers.

Blackburn responded strongly and should have equalised within five minutes. Tre Pemberton danced around the Liverpool keeper but then contrived to hit the woodwork.

The start of the second-half mirrored the first and the Reds doubled their lead in the 47th minute courtesy of playmaker, Yan Dhanda. The England youth-international flighted a delightful free-kick over the Blackburn wall to leave keeper Andrew Fisher helpless.

Blackburn again rallied and constructed wave after wave of attacks. They were finally rewarded in the 85th minute when striker Ramirez Howarth showed composure in the box to turn his marker and fire into the
roof of the net.

A comeback though was beyond them and as the clocked ticked down, skipper Lewis Travis was shown a red card for dissent.

“We’ll stick with our preparations and hopefully turn up next week (against Derby) and get a positive result.”