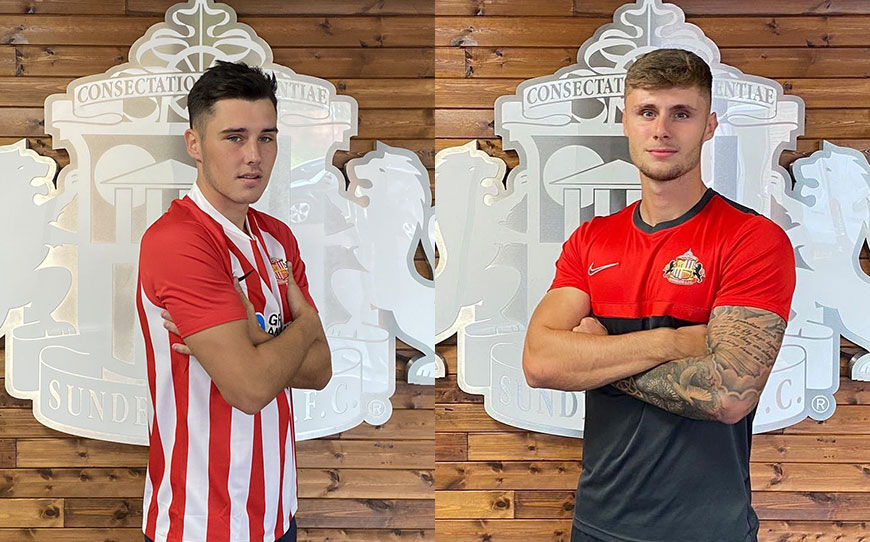 The pair both agreed two-year deals at the Stadium of Light following the expiration of their contracts with the National League outfit, and will link up with Elliott Dickman’s Under-23 squad.

Defender Richardson was named in LFE’s ‘The 11’ in March 2017 having broken into the first team, as well as achieving a triple distinction grade profile on the BTEC Extended Diploma.

After amassing 11 outings in Sky Bet League Two as a second-year apprentice, the 21-year-old went on to register 50 appearances in total for Pools.

The young right-back told Sunderland’s website: “I’m delighted to sign for the club. It’s extra special for me because I used to have a season ticket here with my dad. I can’t wait to get going now and push on this season.”

Under-23s head coach Dickman added: “We’re very pleased with the signing of Kenton. He has a lot of experience at National League level despite his young age, so that’s going to add something to our group and really help the younger players. His attitude is very good and it’s down to him now to progress to the first team.”

Meanwhile, attacking-midfielder Hawkes also featured for the senior side as an apprentice, appearing twice in Sky Bet League Two towards the end of the 2016-17 campaign.

Hawkes, who recorded 13 goals in 64 appearances for his boyhood club, said: “I’m over the moon. It’s been in the pipeline for a while now, so to get it finally sorted is great. I can’t wait to get started.”

Dickman continued: “We’re really pleased with this signing. He has lots of National League experience with Hartlepool and that will really benefit him and the younger lads in the group. Our job is to improve him further and hopefully he will progress with us.”