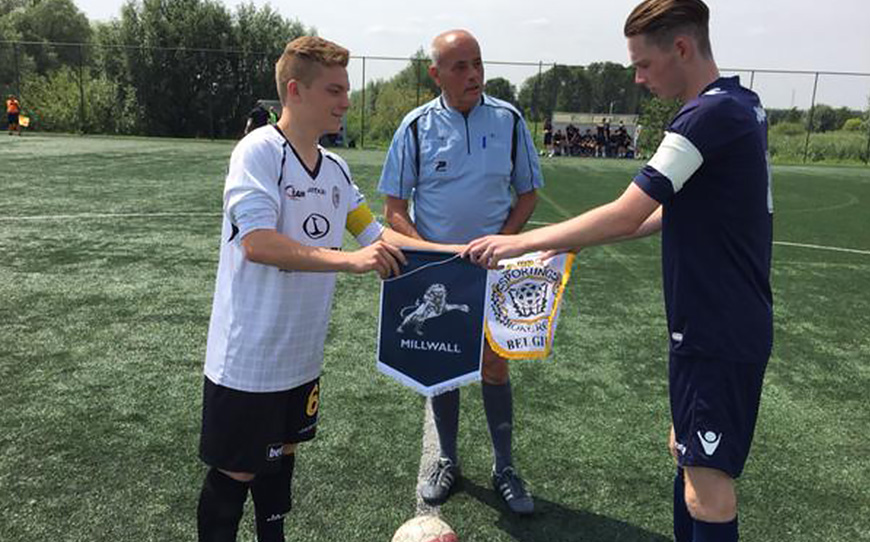 Day five was a game prep day as we had a fixture to prepare for against the Under 19s team from Belgian club Sporting Lokeren on Saturday afternoon.

We began with a light match prep session at 11am. The boys went through shape work and game situations whilst I remained at the hotel and hit the gym and the pool.

They came back for lunch and by now were very excited for tomorrow’s match. The second part of the day was time to relax, and we used the time to rest our minds and prepare for tomorrow’s game. Due to my rehab from injury, I wanted to hit another gym and pool session, but a lot of the boys decided to go out and explore the town, whilst others just sat in their room, glued to Fifa!

So it was pretty simple but enjoyable day, and we still continued to learn. Now we were ready to smash tomorrow’s game and make our mark on the Belgians!

Lokeren here we come! Our first game on tour was upon us and the day began at a later time of 10am, a blessing for some of us! We all consumed a light breakfast and were ready to leave at 12pm.

We travelled to the game by coach and were impressed with their facilities. Unfortunately for the squad we would be playing on one of their 3G pitches which isn’t the most pleasant in the high temperatures as your feet start to overheat!

Both teams appeared a little nervous and were a bit shaky in defence as a lot of chances were created, but without an end product. We finally converted an opening to go 1-0 up, but were instantly pegged back to 1-1. Lightning struck twice as we scored a lovely team goal, only to concede soon after for the second time. That’s how the score remained at half time, although both teams had a lot of chances to go ahead.

The boys came off gasping for water. After a tentative team talk and a much-needed drink, the boys went back out for the second half. By now we had sussed out their style of play and were confident we could take this game. Then through two more great late goals we managed to secure the win 4-2. It was good to see our strikers banging in three of our goals – Kyren Mundle-Smith got two and Mikael Ndjoli scored the other.

Buzzing with the win, we headed back to the hotel in high spirits, looking forward to dinner. A great day for us with a positive victory and an all-round enjoyable experience.

The following day started back at the usual 8:30am (sigh). But we were all buzzing for today. Visiting the Amsterdam Arena, touring the city after, and then back to the Arena for the Johan Cruyff Shield. What a day!

The stadium was amazing and we all loved it. A very enjoyable experience! Then we travelled into the city and were amazed with what we saw. Although we knew what Amsterdam is famous for, we didn’t think it would be as extreme as it was! Nevertheless, it was an amazing experience exploring different cultures.

The final part of the day was watching the prestigious Johan Cruyff Shield. This game was between the mighty PSV, the league champions, and the cup-winners, Groningen. The atmosphere was amazing throughout the game and the quality of football was brilliant. The game ended with a 3-0 victory for PSV. They deserved it. The fans were amazing to watch and be a part of.

We enjoyed the day very much and would definitely come back to visit Amsterdam again. Thoroughly enjoying the experience!