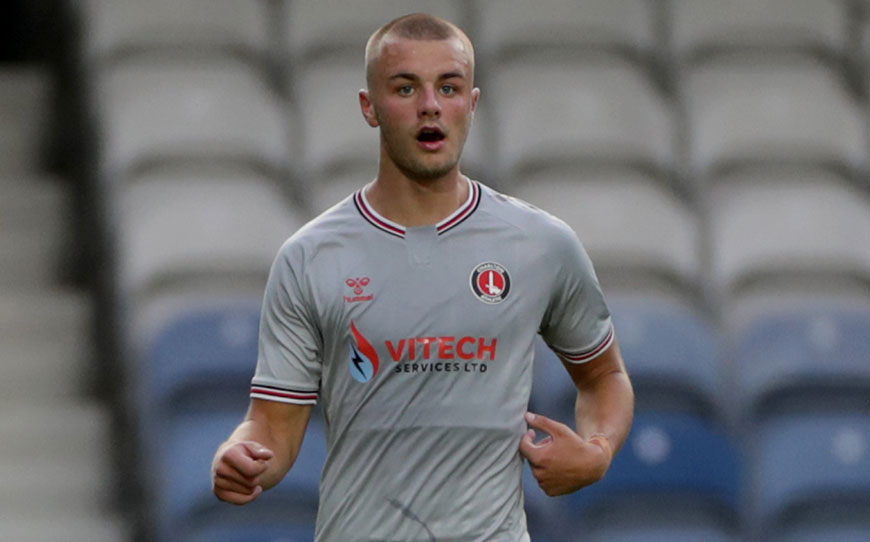 Highly-rated Charlton Athletic apprentice Charlie Barker has penned his first professional contract with the club, committing his services until at least 2023.

The second-year apprentice has also started three Sky Bet League One matches and matched up against international stars like Felipe Anderson, Manuel Lanzini and Sébastien Haller during a Carabao Cup second round clash at West Ham United.

“It’s been an exciting start to the season and it’s all come at once, I’m just happy to stay here for a long time now,” Barker told the club website. “I hope to progress and help move the club forward.

“I never thought this would come so early on, but I’m so grateful it has. It’s unbelievable that the manager has had so much trust in me. I feel like I’ve given him everything and I’m happy that he trusts me.”

Charlton boss Lee Bowyer said: “It’s good news. Charlie has got a chance out of nowhere for us playing in the first team and has done very well. For someone who is only 17, he’s grabbed it brilliantly and he hasn’t let himself or us down. He deserves his rewards.”

Meanwhile, Academy Manager Steve Avory added: “I’m delighted that we’ve got another scholar who has turned professional. It gives us time to continue developing Charlie, so I’m delighted we’ve secured his future with us.

“He is learning every single game and every single day playing and training. He’s one of those individuals that knuckles down, thinks about how and where he has to do better, as well as asking people how he can be better.

“I know he feels the senior players around him at the club, the likes of Jason Pearce and Deji Oshilaja, have been a great in terms of helping him adapt to a new environment.”