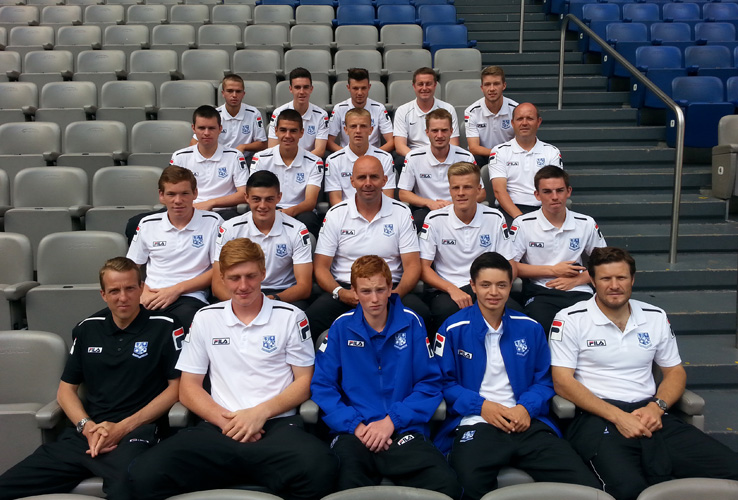 After the first win of the of the tour the lads morale was high going into the next few days of training. We had a couple days of down time until the next game against a third tier German team. The down time allowed us to not only rest and recover but also to work on our fitness as it is a pre-season tour.

We had the privilege of going to see PEC Zwolle vs Feyenoord, it was a brilliant game with Zwolle scoring in the 92nd minute to win 2-1. I’ve noticed the fans in Holland are very passionate about their team and being close to the Feyenoord fans gave us a great experience of what notoriously aggressive fans are like – the atmosphere was intense!

Following this we played our last match of the tour against European opposition. Unfortunately we weren’t able to carry our momentum through into this game and were beaten 7-2. It was a disappointing way to end the tour, the side we played were physically stronger than us and moved the ball better than us.

It was 2-2 at half-time but after the hour mark Osnarbruck really took over maybe the affects of our earlier matches were taking their toll. Either way it’s fair to say that I hope I won’t be picking the ball out of the back of the net that many times for the rest of the season.

The following morning we woke early to visit the Amsterdam Arena to have a guided tour of all the facilities and ins and outs of what day to day life is like at Ajax. After the tour we had a quick bite to eat and had a talk from Arnold Muhren, who many may remember as the player who played the sublime pass for Marco Van Basten’s finish in the Euro ’88 final, which some regard as the greatest goal ever scored.

After the insightful talk we traveled to Amsterdam city centre to see the sights such as the house of Anne Frank, the Van Gogh museum and the National Monument. This gave us a great insight into dutch culture and way of life.