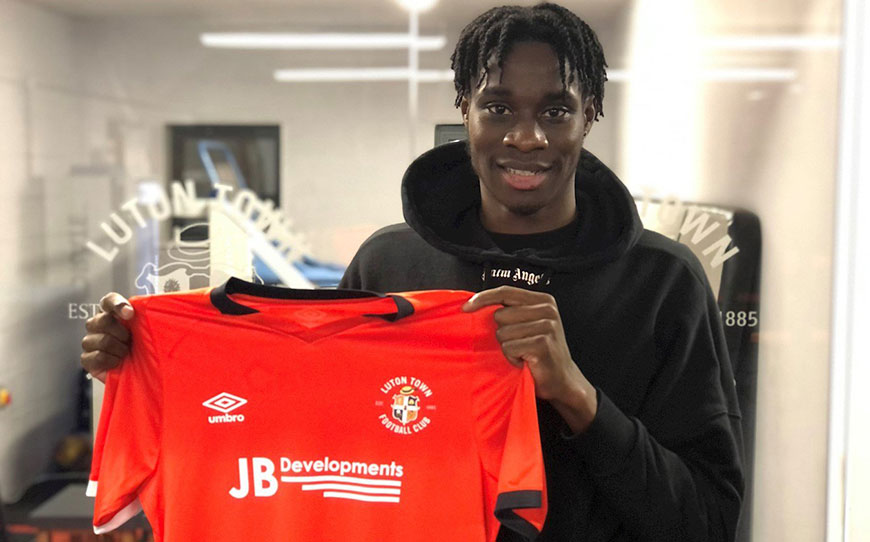 Walsall’s Elijah Adebayo has worked his way back up to the Sky Bet Championship after Luton Town made a deadline day swoop, securing his services for an undisclosed fee.

The 6ft 4in striker scored 10 goals in 25 games in Sky Bet League Two this term, enjoying the most prolific season of his professional career so far.

Adebayo was an apprentice at Fulham, but only managed to feature for the Under-23s in the EFL Trophy, netting twice in three matches during the 2017-18 campaign.

Following loan spells at Cheltenham Town, Swindon Town and Stevenage, the 23-year-old was released in summer 2019, which saw him join the Saddlers in the English fourth tier, registering 18 goals in 39 starts.

Hatters Manager Nathan Jones said: “We are delighted to get Elijah on board. He is someone who was coveted by a lot of clubs, because he’s one that has massive, massive potential.

“He’s a big physical presence, something that we haven’t got, and he’s someone that we’ve been watching for a while.

“For us to get him shows that once again that we are not just content with signing players for now, but we are looking towards the future and he’s one that will develop here and hopefully become a top player for us.”