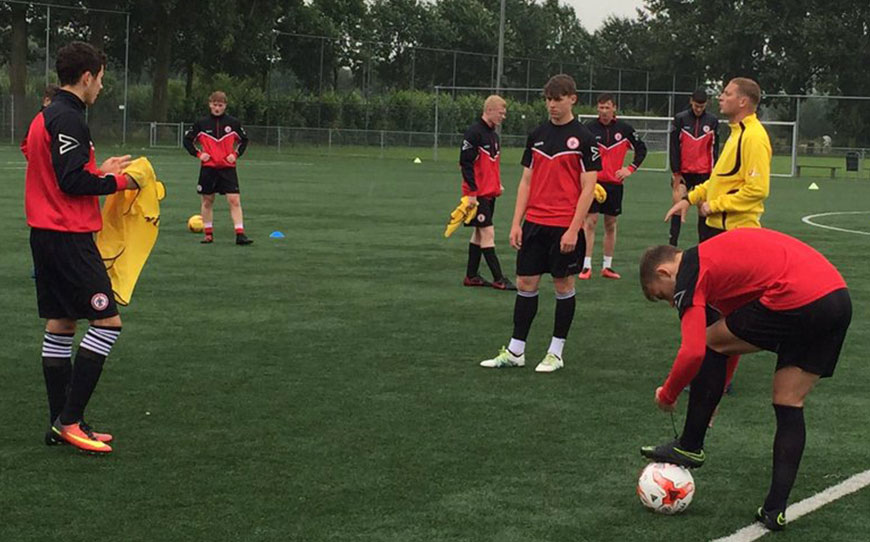 Accrington Stanley Under-18s nearly pulled off a tremendous second half fightback, but fell just short to lose 3-2 against FC Twente.

Stanley were 3-0 down at half-time, but goals from Josh Hmami and Nathan Webb triggered a late revival, with the Dutch side narrowly holding on to claim the victory.

Although Harry Blackburn had the first sight on goal in the game, it was Twente who dominated the early stages of the game, forcing Accy keeper Jack Little into three good saves before the pressure finally told as the hosts moved into a 1-0 lead.

Little was again in the action as he got down well to prevent a low shot from the edge of the area that was heading for the bottom corner.

But more good work from Twente down the wings led to a second goal as a strike from inside the area beat the dive of the hapless Stanley stopper.

Accrington responded well and could have halved the deficit when Nathan Webb fired in a cross towards Ross Sykes, but his glancing header on the stretch went inches wide of the post.

A clever flick by Joe Rathbone then created another opportunity for Sykes, who chested the ball down and directed a shot towards goal, forcing the keeper to tip the ball onto the post and to the feet of Blackburn, who also hit the post with the rebound from an acute angle.

But the result looked to be sealed just before half-time when a defensive error from Hmami allowed Twente’s striker to run in on goal and extend the lead to 3-0.

Following a heated discussion at the break, Stanley came out of the traps much improved in the second half and were rewarded with a goal 15 minutes after the restart when Hmami atoned for his earlier error by slotting the ball into the bottom corner of the net from the edge of the area.

That goal burst the visitors into life and Webb had a great chance to add a second goal to the score as he went through on goal, but his effort was denied by Twente’s keeper.

After a sustained period of pressure, the tourists narrowed the margin to one goal when Webb scored directly from a corner to set up a nervous final 15 minutes for the home side.

Accrington left themselves open at the back in a bid to find an equaliser and would’ve been punished had it not been for a brilliant save from Jack Little after a one-v-one situation.

The away team felt a sense of injustice in stoppage time when Sykes was pulled to the ground following Reagan Ogle’s long throw into the penalty area, but the referee waved away appeals for a spot kick and blew for full-time moments later to deny Accrington the chance of a dramatic leveller.