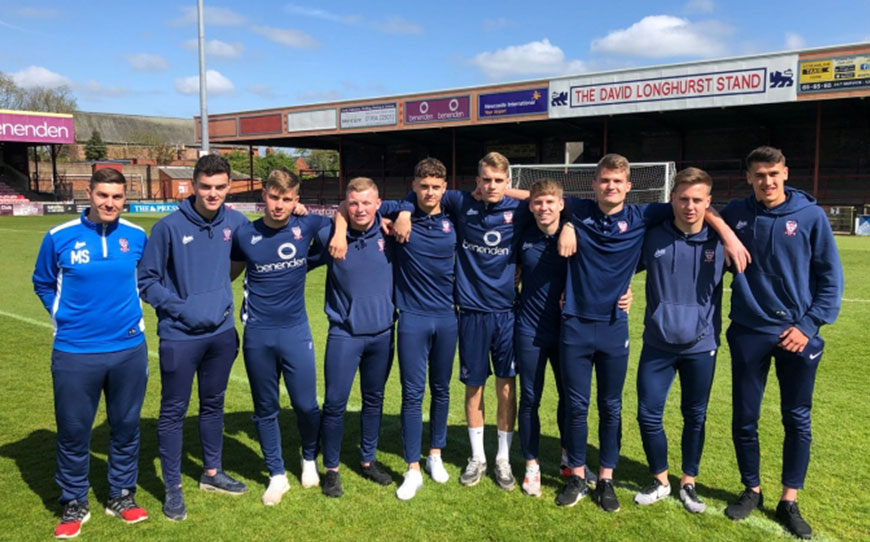 York City have offered professional contracts to three of their apprentices, with striker Flynn McNaughton, midfielder Harry Thompson and centre-back Josh Rogerson all being given the opportunity to remain at the club.

Seventeen-year-old McNaughton featured on the first-team bench on three occasions during the latter stages of the season, while Thompson and Rogerson have been key performers in the reserves.

Academy manager Mark Spencer told the club website: “All three have performed really well this season. They have all shown the attitude and commitment needed to do well in the game.

“They will not be allowed to rest on their laurels now. They will all need to come back in the summer and push for a first team spot if they want to earn more years as a professional footballer.”

“They have all got parts of their game that they can improve on,” Spencer said. “But I see no reason why all of them can’t develop at some level of the game. Some will end up playing semi-professional or amateur football but some will go on to prove us wrong by securing contracts at other clubs.??

“We have told them all to remember that today is not the end of the road. They must use this as a ‘fuel’ to push them on and grab their dreams – whether in football or not. They have all been great to work with and the manager has also praised their attitudes. They are polite and well-mannered and that will also stand them in good stead wherever they go after York City.”