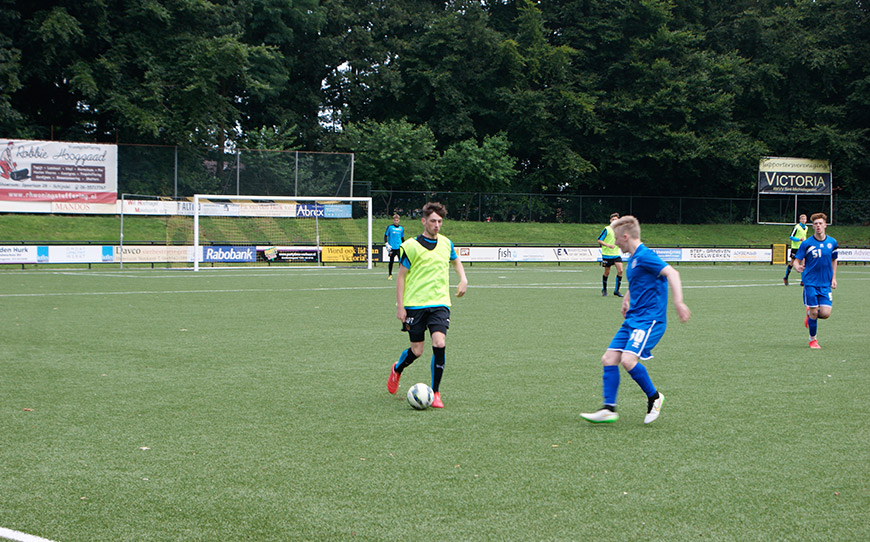 Wolverhampton Wanderers Under 18’s have made the trip from Birmingham Airport to the Netherlands for their LFE preseason trip.

The schedule got competitive very quickly, with a hotly contested training match with Rochdale Under 18’s on the morning of the second day, ending in a 5-3 win for the lads from the West Midlands.

The team appear to have adapted to the new conditions with comfort, as defender Connor Johnson explained in his blog for LFE: “We arrived at the De Ruwenberg hotel and it really lived up to the standards we were expecting. It is fantastic and we have all had a warm welcome from the staff.”

With the pitch surface and heat also up to the 17-year-old’s standards, it’s all-smiles for the players.

After a busy day of training, they were happy to unwind in the evening: “We set up the ps4 downstairs and enjoyed a couple of games of FIFA.”

He added: “Before we headed off to bed a few of the lads went for a game of head tennis on the courts, where we enjoyed a great deal of banter and competitiveness!”

Twitter has been active with updates of the first few days of the trip, and here’s a quick overview: