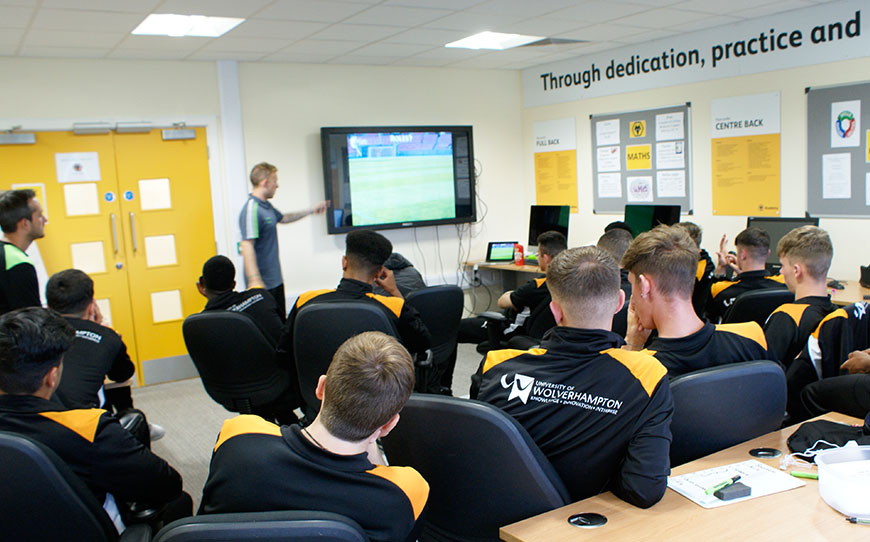 League Football Education’s Life Skills programme is up and running again at Academies across the land.

Predominantly aimed at Under-18 players on apprenticeships, workshops are scheduled to be delivered throughout the year, with the programme covering a range of topics with a view to maximising the development of the players both on and off the pitch.

The sessions touch on a variety of issues, including lifestyle and education, sports performance, equality and diversity, sexual health awareness and social media.

LFE spoke to apprentices at Wolves after Matthew Smith (If U Care Share) had increased their awareness regarding emotional well-being.

“I think it’ll help me a lot because even if friends or anything come to me and ask me for help, I’ll know what to do and I can tell them what to do,” Northern Ireland youth international keeper Rory Brown said.

“At the very end where they said it’s okay not to be okay, I think that everyone can understand that.”

First-year scholar Dom Moan was also impressed with the workshop and spoke positively about the life skills scheme.

“I thought it was a good session,” he said. “It wasn’t what I was expecting but it did stand out.

“I think the sessions improve us, not just as young apprentices, but as people as well. Not many people get the opportunities that we have.”

The If U Care Share session is designed to encourage young people to communicate their problems, instead of suffering alone.

“We all have emotions, whether they be positive or negative – but how we deal with them is the most important thing,” workshop leader Matthew Smith said.

“We really do believe that having a conversation can save a life.”

The charity has worked with LFE since the 2010/11 season and Smith hailed the resources being provided for the academy players.

He added: “Before our involvement with LFE and the life skills programme, from the outside looking in you would expect these apprentices to be coming in, putting in a few hours of football and then be sent on their way.

“But it’s not like that at all. I can’t think of any other apprenticeship scheme where lads are given the opportunities that they are through the LFE and I think it’s a fantastic setup.

“It’s a great opportunity that they have and it gives them so many different outcomes if the overall aim (of being a footballer) doesn’t happen.”