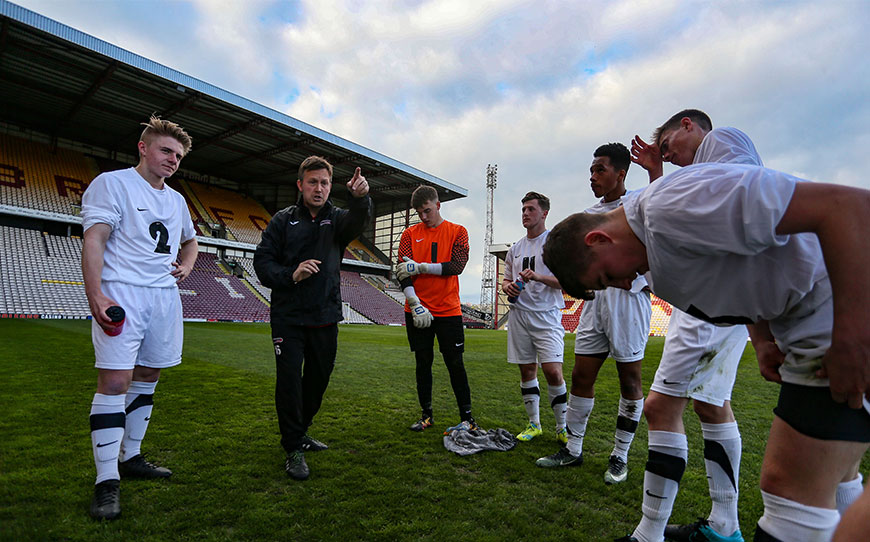 AFC Wimbledon striker Reece Williams-Bowers has hailed LFE for providing him with the opportunity to showcase his talents in front of scouts from home and abroad, just three days after being told that he would not be awarded with a professional deal at Kingsmeadow.

Williams-Bowers, one of around 200 players, who will take part in this year’s Assessment Trials put in an accomplished forward display on Tuesday night at the Southern event in Woking but admitted that it had been a “hard one to take,” when Dons manager Neal Ardley, broke the news that there was no place for him with the League One club next season.

“Being released by AFC three days ago is a hard one to take so I just hope I can find someone from here. I found out three days ago and the gaffer told me he wanted to keep me but he couldn’t because of finances at the club. I thought I had a decent chance and was unlucky not to get one [a professional contract], he said.

“This event is really important it gives you a platform to showcase what you’ve got in front of scouts and first team managers. It was a good experience but it’s tough because you don’t know the lads or how your team-mates play. You have to adapt to it and that shows your quality.”

The centre-forward found little difficulty on that point. His intelligent flicks, movement and running in behind was pleasing on the eye throughout, though he acknowledged that he found himself caught between trying to use the ball intelligently -doing what he knew would be for the good of his team and the desire to grab more attention to his own performance during a trial game.

??“I thought I should have been more selfish in front of goal, I laid it off a few times when I could have taken a shot,” he added.

“It’s a hard one because if they (scouts) see you laying it off all the time they might think he doesn’t want to score or is scared to shoot but I’ve been taught to play in a team so even in this environment I wanted to play in a team and do the right thing.”