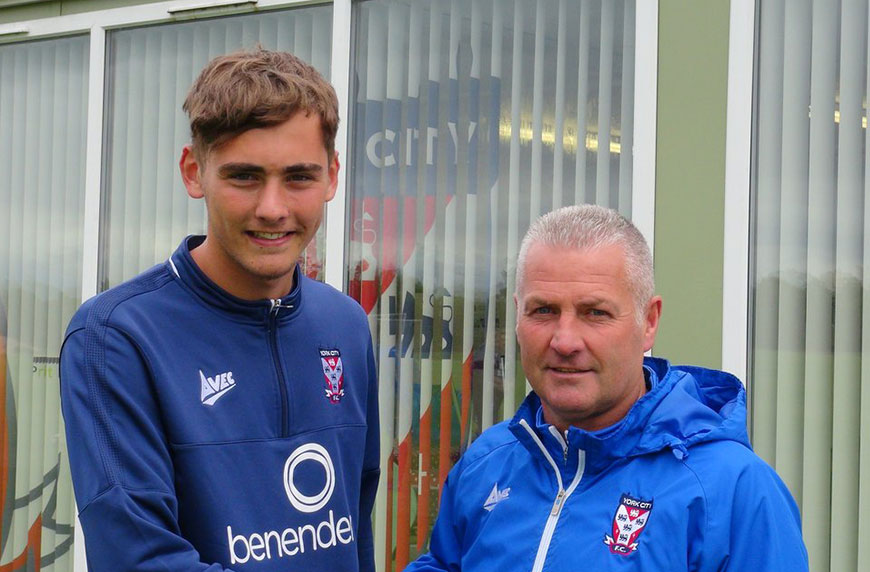 The 17-year-old has attracted the attention of multiple high profile clubs over the past couple of years, including Manchester City and received an invite to train with the England youth set-up at St George’s Park.

Whitley struggled with a knee injury last season but is finally back to full fitness and raring to compete for a spot in the first-team.

“It’s a dream come true to sign my first pro contract,” Whitley told the club website. “Hopefully, I can carry on now and break into the first-team.

It was a hard time for me and my family last year but to get to where I am now is positive for everyone involved. I had to be mentally strong to get through it and I had to work hard.

“I want to try to break into the first team whether this year or next. That’s my aim. I need to work hard to do to that, play well, and hopefully something might happen.”

Youth team boss Steve Torpey added: “It’s great news that Ryan has agreed to sign a two year deal. I am really pleased for him and the football club.

“He has worked his socks off over these last 18 months and I wouldn’t be surprised if he starts pushing for the first team soon. He has got all the attributes to be a professional footballer.”